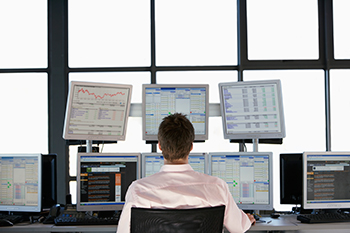 Sensex, Nifty to open on a flat note

Asian market trading on a mixed note. Nikkei 225 and Hang Seng trading higher. Wall Street ​fell for a fourth straight session as central bank policymakers weighed the health of the US economy.

Mahanagar Gas Ltd (MGL), a joint venture between GAIL (India) and BG Asia Pacific Holdings Pte Ltd (BGAPH), will hit the capital market with an initial public offering (IPO), which will open on June 21 and will close of June 23, 2016.

On the political front, Union Cabinet and Cabinet Committee on Economic Affairs will meet today in New Delhi.

Food Minister Ram Vilas Paswan to flag off mobile vans for selling pulses in Delhi, and interact with media about prices of essential commodities.

Among other stocks in focus are:

Tata Power : The company will buy 25% of Resurgent Power for $300 million as part of a consortium to primarily buy both coal-fired and hydro power assets in India, besides looking at power transmission companies, as per media report.

Fertiliser stocks: Union Minister of State for Chemical and Fertilizer Hansraj Gangaram Ahir said that it will not increase the prices of urea for the next 3 years.

​​Crompton Greaves Consumer Electricals Ltd: The company said HDFC Mutual Fund has trimmed its stake in the company by 2.01% to 7.20% by sale​ of​ shares worth ​Rs.​168 crore in the open market.

Bharti Infratel: The telecom company will buy back shares worth Rs.2,000 crore from shareholders.

Aditya Birla Nuvo: Aditya Birla Nuvo announced in reference with the Joint Venture Agreement entered into by the Company with MMI Holdings, a leading South African Insurance based financial services group, to enter into the Health Insurance and Wellness business in India, subject to the regulatory approvals.

Dewan Housing Finance Corporation Ltd: The Company proposes to issue Secured Redeemable Non Convertible Debentures amounting to Rs. 400.00 Crore and a Greenshoe option up to Rs. 175.00 Crore on Private Placement basis, pursuant to special resolution passed by the shareholders of the Company at the 31st Annual General Meeting held on July 23, 2015, on the terms and conditions.

HDIL: The real estate company is in talks to sell 3-4 land parcels near Mumbai as it looks to bring down its net debt to about Rs.2,000 crore by the end of this fiscal.

Union Bank of India: The Bank intends to raise capital funds through issuance of Tier 2 bonds. In this regard, CRISIL Ratings has assigned 'CRISIL AAA' rating with negative outlook to the Bank's proposed Basel III compliant Tier 2 bond issue of Rs. 1000 crore.

Filatex Fashions to incur capex of Rs300 crore in next 18 months; Stock gains near 5%