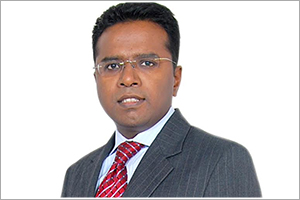 Sai Venkateshwaran
The Ministry of Corporate Affairs has made some significant amendments in the context of approval of related party transactions under the Companies Act 2013. These changes are welcome, since the shareholder approval requirements will now apply only to transactions meeting certain transaction thresholds, rather than to all transactions that are not in the ordinary course of business and on an arm’s length basis as per the earlier notified rules, which posed a challenge to many corporates. However, the introduction of the absolute monetary thresholds still would require several transactions, that are not considered to be material for a large company, to be referred to shareholders for approval.  On the whole these changes are a clear reflection of the fact that MCA continues to look into the practical challenges faced by corporates in the implementation of the new Act, and has responded with amendments to make the law more pragmatic and yet achieve its objective. While this amendment does not do away with all the practical challenges that corporates are facing, it is still a major step in the right direction.

Earlier, the notified rules required all companies having paid-up share capital of Rs 10 crores to obtain prior approval of shareholders vide special resolution for all related party transactions that were not in the ordinary course of business and on an arm’s length basis, and for other companies where certain transaction thresholds were met. This meant that all medium to large companies that have paid-up share capital in excess of Rs 10 crores had to take related party transactions meeting this criteria to shareholders, irrespective of the amounts involved. This posed a significant impediment given that a prior approval was required even for immaterial transactions through a special resolution with the interested related party abstaining from voting.

The MCA has once again paid heed to the difficulties faced by companies and issued an amendment to address the problem. Through the amendment, the overarching limit of Rs 10 crore paid up share capital has been dispensed with, and instead introduced transaction limits for all companies. Further, to achieve a balance MCA has reduced the transaction specific thresholds, defined as a percentage of turnover or net-worth, from the previous levels.  An important point of note would be that the revised transaction specific thresholds now come with an absolute monetary limit as well, beyond which the transactions would require shareholder approval. These limits, specifically the absolute monetary limits, might seem low in the context of large companies especially since these thresholds have to be computed for cumulative transactions with a related party in a financial year. For example, for a company with a turnover of Rs 10,000 crores, the transaction specific limit would be the lower of 10% of turnover, ie, Rs 1000 crores or the absolute monetary limit of Rs 100 crores; this means that the company would need to take sale or purchase transactions beyond Rs 100 crores to shareholders for approvals.

It is also clarified that the limits shall apply for transaction or transactions to be entered into either individually or taken together with the previous transactions during a financial year. This requirement is similar to the requirements under SEBI revised clause 49.   Despite these amendments the differences with SEBI revised clause 49 continue to exist since SEBI requirements are purely materiality based and do not consider ‘arm’s length’ or ‘ordinary course of business’ considerations.

Another practical difficulty in the context of related party transactions was how would shareholder approval work in case of transactions between two wholly owned subsidiaries having a common parent. Both in the notified rules and in these amendments this seems to be unclear. It would have been ideal if the MCA could have clarified this as well in these amendments.  We believe that the MCA should now consider making the executive directors of the Company primarily responsible for approval of related party transaction, rather than the Audit Committee, with only transactions that are not at arm’s length or in the ordinary course of business or material, to be brought to the Audit Committee for their additional approval.

The author is Partner and Head - Accounting Advisory Services, KPMG in India.