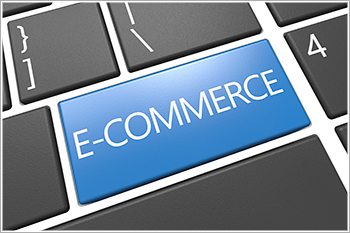 As per a report released by property consultant, CBRE, the demand for office and warehouse has soared in 2014, which could be credited to the booming e-commerce sector. The property consultant noted that nearly 25% of the total warehousing or logistics space was absorbed by e-tailers in 2014, whereby demand for logistics space rose by over sevenfold in comparison to 2013. This explains the direct connection in between organized real estate and online retail business. CBRE said that though warehousing needs show greater boom, the office space market too up ticked. As at the end of 2014, 3.5 million sq ft of office space has either been taken on lease or is under negotiations by the e-tailers.

After turning down funding offers from several players like Alibaba, Flipkart, and Snapdeal, ShopClues has finally accepted offer from Tiger Global. The three-year old mass market online retailer has accepted $100 million fund offering from Tiger, which raised nearly $115 million so far. The e-tailer now plans to invest in technology, marketing, and expansion of its platform. Shopclues is expecting to attain Rs. 2,000 crores in gross merchandise volume (GMV) and expects to break even by mid-2016. Tiger Global management partner, Lee Fixel appeared confident about Shopclues' future, which is attempting to emerge as a leader e-commerce platform for over 1,00,000 local businesses that could target the mass market in India.

After an overwhelming response received for the fashion clothes in comparison to other goods, Myntra is now planning to launch its in-house brands on other websites. It is likely that the company will launch 10 of its privately owned brands on other online portals. The decision comes on the back of the fact that in-house brands fetch bigger operating margins and thus, expanding them on other portals could help boost sales. If things go as planned then soon the Bengaluru-based fashion e-tailer could see profits coming. The plan could take reality by as early as April. The etailer is also reviewing idea to launch standalone stores in high-end malls to give a touch and feel to customers ordering online.

GIC, a sovereign wealth fund from Singapore, adds $400 million to the joint venture with Phoenix Mills