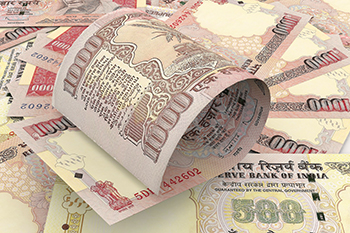 The PM has announced that Rs 500 and 1000 currency notes stand abolished from midnight, which is virtually with immediate effect.

The rationale is to deal with (defeat) corruption, terrorism and black money - all of which is weakening the nation. It is within the Government’s powers to take such steps (which is what was done even earlier in the 1970s).  The Government has allowed deposit of these notes with Banks and Post Offices without any limits up to December 31, 2016.

The Government plans to replace these notes with new notes (apparently Rs 500 and Rs 2,000), but for the immediate future, there will be serious hardships to a larger section of the public (honest citizen) till such time that they can exchange old notes for Rs.100 or new notes. However, those having credit card or mobile wallet payment can continue to do their daily trades.

While the move is welcome to curb the black money menace and will immediately adversely hit the corrupt people who have hoarded black money in Rs 500 & Rs 1000 notes, how will it unearth the black wealth stacked in gold, land and large amounts lying in tax haven jurisdictions? With this move, we can expect more credit/debit card transactions, increase in digital payments, mobile payments and online banking thus pushing the vision of Digital India further.

All-in-all a welcome move, but the Government MUST make Rs 100 notes (and the new notes) in exchange for old notes to the honest citizen in an immediate and seamless manner.