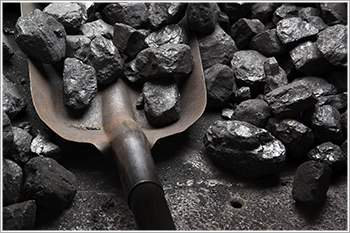 Today, Jindal Steel and Power confirmed that they won back the Gare Palma IV/2 & IV/3 Blocks.

Jindal Steel and Power confirmed that they won back the Gare Palma IV/2 & IV/3 Blocks, for which the other buyers werer Adani and GMR Energy. The current mining capacity of these coal blocks are estimated to be at 6 MT per annum. The stock price of company has skyrocketed to Rs. 190.20, which is 22.32% higher than its previous close. There has been hectic buying activity at the counter for the shares of JSPL, with the total traded quantity of 93.19 lakh shares.

Aditya Birla owned Hindalco Industries have won the Gare Palma IV/5 mine in Chhattisgarh, beating companies like Ambuja Cements, Sesa Sterlite, and Balco, which makes it the second mine out of the 13 put on offer for the company. Gare Palma IV-5 mine has estimated extractable reserves of 42.43 MT.

It has been just a week of the auctions, and already the government has bagged Rs. 60,000 crore in its kitty.

Several states such as Maharashtra, Odisha and West Bengal among others are set to gain nearly 80,000 crore from the auctioned coal blocks. The Coal Ministry has said that the auction will exceed Rs. 7 lakh crores for a total of 204 coal blocks, rendered 'illegal' by the Supreme Court, which will be approximately 7 times more than the estimated amount of Coal Gate scam during the UPA rule (Rs. 1.86 lakh crore by CAG)

Jaiprakash Power Ventures Limited, which won the Amelia North in Madhya Pradesh is up by 1.21% and Jaiprakash Associates, which bagged the Mandla North was trading at 0.40% higher than its previous close.

Coal Secretary Anil Swarup, in an interaction with CNBC TV-18 said that around 80 blocks will be auctioned by March 31. Given that there has been a lot of aggressive bidding, and the companies might not be able to match the prices later, he said, "They have given guarantees and those guarantees will be invoked in case they don’t do what they have promised to do."

The longest freight train ever operated in the country, tested by Railways