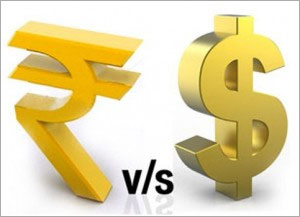 The Indian rupee which was ruling near 7-month highs in the past six straight trading sessions took a U-turn on Wednesday. The currency depreciated 21 paise to trade at day’s high level of 69.17 against the dollar on Wednesday.

The depreciation could be attributed to increasing crude oil prices in global markets. Further, investors are also cautious ahead of an outcome of a policy meeting of the US Federal Open Market Committee (FOMC).

Policy makers will begin meeting on Wednesday, which will be over on Thursday. Fed Chairman Jerome Powell’s press conference will be the event’s highlight. Though markets are not expecting any rate hike action, stance will be important to watch out.

In the past 5-weeks, the currency has turned from Asia’s worst performing unit to the best. This was mainly due to sanguine sentiments of the investors regarding measures taken by the ruling government. Further, the sharp rally recorded in the domestic equity markets also led the appreciation in the Indian rupee.