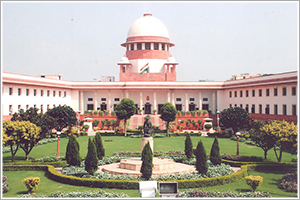 The apex court in an order today cancelled 214 allocated coal mines out of 218. The SC decision would be a major setback for metal companies.

The NTPC Pakri-Barwadih block in North Karanpura coal field in Jharkhand has not been cancelled. Allotments of three UMPPs were also not cancelled.

The SC has asked 46 operational coal blocks to file reply in six months, the report added.

The Coal India-NTPC JV mine permit would continue, the report further said. Coal India is up 5.02% on BSE.

Among the metal stocks Jindal Steel is down ~14%, Bhushan Steel was down ~5%, Tata Steel, Sesa Sterlite, JSW Steel and Hindalco were down 0.2-2% each.

On September 8, the Government had filed an affidavit in the Supreme Court over coal block allocations, leaving it to the apex court to decide if the 218 blocks deemed illegal by it should be cancelled or not.

The Supreme Court on August 25 declared that the entire allocation of coal blocks from 1993 till 2010 was illegal, arbitrary, non-transparent and without application of mind and guidelines.