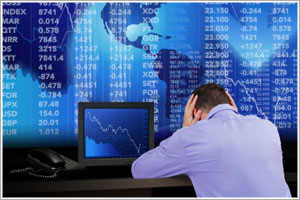 SEBI has banned Rajesh Bhatia and his wife Geeta Bhatia, promoters of Tree House Education and Accessories, from accessing stock market for one year and levied a penalty of Rs28 lakh for indulging in insider trading during the company's merger with Zee Learn in December, 2015.

In an order passed by SK Mohanty, Whole-time Member, SEBI, said, "the noticees (Bhatias) have been found to have traded and executed sale of 40 lakh shares of the company on 3rd December, 2015, just a day prior to the public announcement of the proposed merger of Zee Learn with the company. Bhatias have acknowledged to have discussed and decided jointly to sell 40 lakh shares together on the same date.

The fact that Bhatias is not able to justify their indulgence in selling of shares of the company further leads to an irresistible conclusion that the same was done under the influence of unpublished price sensitive information, it said.

This results to restrained Bhatias from accessing the securities market and further prohibited from dealing in securities in any manner for one year, said the order on Monday.

Makarand Joshi, founding partner, MMJC and Associates LLP, said this is another occasion in a series of several such orders by the regulator wherein directors of renowned companies such as Kirloskar Brothers, NDTV, Tara Jewels, Indiabulls Ventures, got debarred from the capital market upon investigation of insider trading and allied matters.

“The regulator has been stringently consistent about debarment when directors and promoters were found involved in insider trading with heavy monetary penalty,” SK Mohanty added.