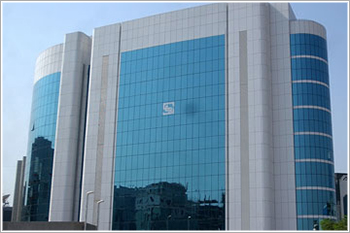 Under the new norms, stock exchanges would have to float in a separate institutional trading platform for the purpose of listing start-ups.

In a bid to ebb the growing tide of Indian companies incrementally tapping foreign bourses to raise funds, market regulator, Securities and Exchange Board of India (SEBI) has relaxed norms for listing of start-ups on domestic exchanges. With this mechanism, SEBI hopes that a large number of startups will be able to list within the country.

SEBI Chairman UK Sinha said this move is primarily aimed at providing start-ups a more relaxed trading environment in the country”.  Speaking at a press conference post the board meeting, Sinha said, “India has a vibrant start-up culture and is the fifth-largest country in terms of the number of start-ups after the US, European Union, Canada and China. But of late, most of these start-ups have been thinking of listing overseas. We would like to create the right atmosphere for them to list here.”

Also, this development is definitely heartening for start-up companies as this makes their life easier. However as they say “nothing is ever good enough”, some of these companies want more relaxation including possible tax incentives for investors.

Under the new norms, stock exchanges would have to float in a separate institutional trading platform for the purpose of listing start-ups. However, protecting small investors from investing in these high-risk stocks, SEBI fixed Rs.10 lakh as the minimum ticket size for investors on this platform.

Further, according to these norms, no shareholder, individually or collectively, can hold more than 25% in companies listed on the start-up platform. It also allowed leeway to merchant bankers in terms of issue pricing and allotment of shares. Meanwhile, at least 25% of the pre-issue capital of start-up firms would be held with institutional investors, while it could be 50% for other companies.

Besides this, in a move to reduce the time-frame taken by the between the share sale and the listing, SEBI gave a green signal to norms that allow companies to launch their initial public offerings (IPOs) in an electronic form. These e-IPO norms will however come into effect on January 1, 2016.

Under the e-IPO norms, Applications Supported by Blocked Amount (ASBA) will be made mandatory for all categories of investors applying for an IPO, which will help companies reduce their listing time from 12 days to 6 days.