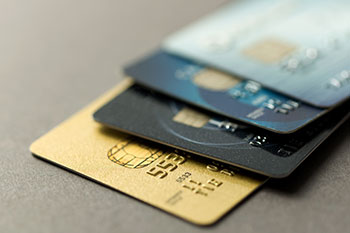 Even though other retail borrowings have slowed down, people are trying  to move towards a cashless economy. In this regard, Banks have seen a big increase in the demand of credit cards, post the announcement of note ban, reflecting a strong case of migration from cash to digital transactions.
On the contrary, general retail loan applications have fallen 30%, post the scrapping of 500 and 1000 rupees notes. As per an analysis by Transunion Cibil, a credit information company, credit card applications have increased drastically over the corresponding period of the previous year.
One of the largest bank's of the nation, State Bank of India alone has added 1.15 lakh cards in December, against 60,000-62,000 per month.

SBI's Chairman, Arundhati Bhattacharya says, “Demonetisation has given card business a leg-up. We believe that if we continue our efforts towards digitisation, it should bode well for our cards business."

Banks are extremely cautious when it comes to issue credit cards, especially after the crisis in 2008 when credit card outstanding increased sharply, and got added to banks' non performing assets then. However, now they do comply with the credit bureau's norms before providing loans.
Amrita Mitra, Vice President, Financial Services - Research and Consulting at TransUnion CIBIL said, “We believe demonetisation is set to pave the way for a more cashless economy, in turn fueling wider credit penetration and financial inclusion."

The promoters holding in the company stood at 60.18 % while Institutions and Non-Institutions held 28.61 % and 9.58 % respectively.