Read Full Story
Mercom Capital Group, llc, a global clean energy communications and consulting firm, released its report on funding and mergers and acquisitions (M&A) activity for the Smart Grid, Battery/Storage and Energy Efficiency sectors for the first quarter of 2016. 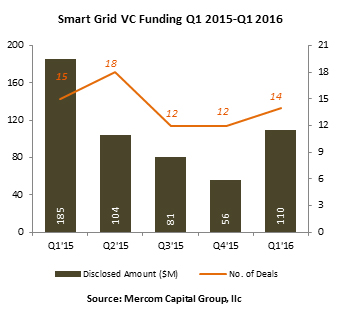 Venture capital (VC) funding (including private equity and corporate venture capital) for Smart Grid companies increased twofold this quarter with $110 million in 14 deals, compared to $56 million in 12 deals in Q4 2015. Year-over- year (YoY), funding was down compared to Q1 2015 when the sector raised $185 million in 15 deals. 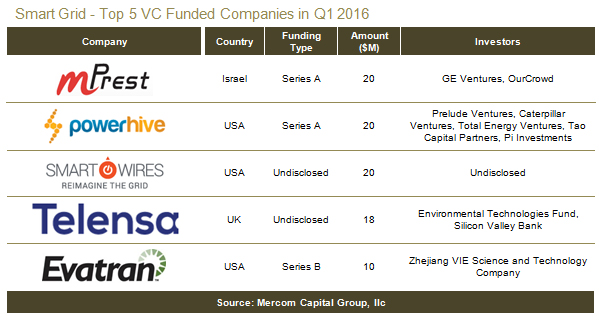 There were two debt and public market financing deals announced by Smart Grid companies this quarter, totaling $214 million, compared to $3.5 million in one deal in Q4 2015. 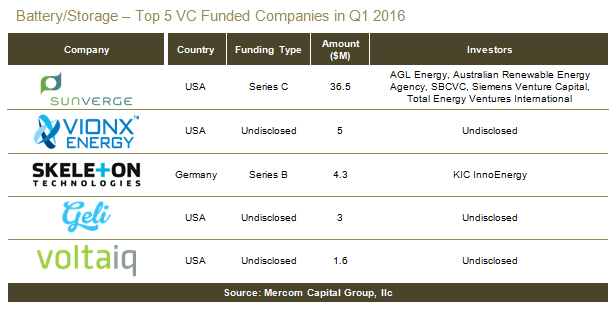 Eight investors participated in Battery and Storage funding this quarter, with Energy Storage System companies raising the most.

There were two debt and public market financing deals in Battery/Storage this quarter totaling $29 million compared to $32 million in three deals in Q4 2015. 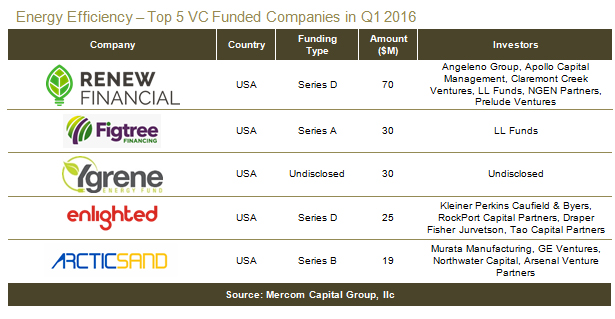 Thirty-one investors participated in VC funding this quarter with LL Funds participating in two deals. Within the sector, Efficiency Finance companies brought in the most funding.

Two Efficiency companies brought in $238 million in debt and public market financing this quarter compared to $216 million in two deals in Q4 2015.