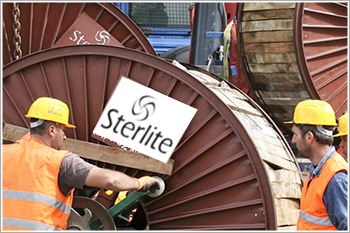 The company posted a net profit of Rs146cr in the year-ago period. Its consolidated revenue stood at Rs1,203cr during the said quarter vs. Rs 1,335cr in the corresponding quarter of FY20.

During the quarter, the company made an application under Sabka Vishwas (Legacy Dispute Resolution) Scheme, 2019 (SVLDRS) for settlement of disputed excise matter of Rs188cr demanded by CESTAT in 2005-06, which the company was contesting in the Supreme Court, and also some other litigations which were pending as of June 30, 2019, it said in a filing.

Based on the provisions of SVLDRS, the management has determined the duty payable in respect of all matters offered for settlement under the scheme and accordingly, made an additional provision Rs50.71cr in the current quarter, the company added.
Sterlite Technologies Ltd is currently trading at Rs132 up by Rs1.95 or 1.5% from its previous closing of Rs130.05 on the BSE.
The scrip opened at Rs132 and has touched a high and low of Rs134.25 and Rs129.40 respectively. So far 31,08,391 (NSE+BSE) shares were traded on the counter. The current market cap of the company is Rs5,300.93cr.