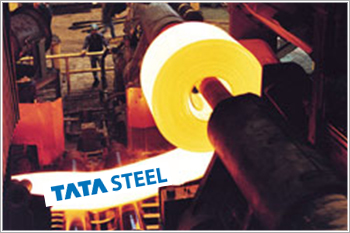 The Audited Consolidated results for the Year ended March 31, 2015

The company as recommended a dividend of Rs. 8/- per Equity Ordinary Share of Rs. 10 each to the shareholders for the year ended March 31, 2015, subject to the approval of the shareholders at the ensuing AGM of the Company to be held on August 12, 2015.

T V Narendran, Managing Director of Tata Steel India and South East Asia, said,  “It has been a very challenging year for the steel industry with several macro headwinds at play. Despite this, we continued to outperform the industry and registered growth in deliveries in a relatively flat steel market. Our focus on our marketing franchise, strong customer relationships and various cost saving initiatives has helped us weather the weak business environment.

Steel realisations fell sharply during the second half of the year due to the deluge of imports combined with sluggish domestic demand. In addition, our performance was impacted by mining disruptions during the year. We are hopeful that steel demand will rebound this fiscal year on the back of higher investments across key industrial and infrastructure sectors as the government's "Make-In-India" campaign starts yielding results. Performance of the South East Asian operations was also impacted by higher imports and lower market spreads.

We are focused on implementing our 3mtpa greenfield expansion at Kalinganagar, Odisha, which we expect to commission this year. In addition, the first phase of our Gopalpur ferrochrome plant will start operation by October-2015.”

Our financial performance improved due to our market differentiation strategy, as well as wider market spreads and continued cost control. We launched 35 new products for customers during the year, including a premium quality surface finish for car body panels, a lighter-weight construction steel and a new steel grade for tractor wheels.

We also invested in our customers through the opening of a new heavy-gauge decoiler in South Wales, a new finishing line in IJmuiden, a new light gauge centre in the UK’s West Midlands and the acquisition of several service centres in the Nordic region. Our European production and deliveries were stable, despite being constrained by reduced demand in the second half and operational issues such as a power blackout in the Netherlands in the fourth quarter.

In the coming year we see opportunities to further improve sales through higher precision. EU demand is forecast to grow modestly again and the EU steel industry is in a stronger position to benefit than it was pre-crisis. But surging Chinese exports look set to remain a serious concern.”

Koushik Chatterjee, Group Executive Director (Finance and Corporate), said: “Our performance this year in India was impacted by surging imports, declining commodity prices, muted demand and regulatory uncertainties in our captive mining operations. Going forward, we expect the regulatory uncertainties on mining to be behind us, thus focusing on the phased commissioning of the greenfield steel plant in Kalinganagar. The European business continued its improvement journey on the back of robust IJmuiden performance which has been significantly better than previous years.

In the last year, the Company continued to actively pursue proactive risk management by focusing on group cashflow management, treasury and currency volatility management across geographies, diversification of funding sources and lengthening of our debt profile. We spent ₹13,492 crores on capex during the year, with a large proportion deployed on the greenfield Kalinganagar project. Despite this significant spend, we were able to keep the gross debt level stable over the year. The Company's liquidity remains strong at ₹21,000 crores including undrawn lines

The Company also continues to pursue its strategy of exiting non-core assets and has initiated action on de-risking its exposure to the UK Pension scheme that would help the long term sustenance of the UK business amidst difficult business environment.”