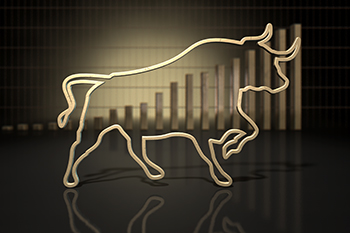 Tata stocks were broadly on a bull run with heavyweight Tata Consultancy Services (TCS) along with Tata Elxsi and Tata Power clocking new 52-week highs. The performance comes after reports stated that Tata Sons is planning to revamp its leadership structure and is looking to appoint a chief executive officer. It is being known that Ratan Tata's approval is key to implement the new change in the management.

Meanwhile, Tata Power and Tata Elxsi soared by 6% and over 3% after they earmarked a new 52-week high of Rs142.30 per piece and Rs5249.35 per piece respectively. Titan Company climbed nearly 3% after hitting the new high of Rs2127.55 per piece.

Tata Chemicals and Tata Teleservices jumped over 1.5% each, while Tata Coffee, Indian Hotels and Tata Motors were marginally up.

On the other hand, Tata Consumer Products, Tata Metaliks and Tata Steel were marginally down.

As per a Bloomberg report, people engaged in the deliberations said that Tata Sons is considering a historic revamp of its leadership structure by creating a chief executive officer’s role to help improve corporate governance.

According to the people in the report, the CEO will be appointed to guide the sprawling businesses of the 153-year-old Tata empire, while the chairman will oversee the chief executive on behalf of shareholders. Adding they said that approval of Ratan Tata -- the octogenarian chairman of controlling owner Tata Trusts - is seen as key to implementing the change, they said.

Notably, Tata Sons are considering extending the current chairman Natarajan Chandrasekaran's post after his tenure will end in February. Also, the people said that heads of various Tata group firms, including Tata Steel, are being evaluated for the CEO position.

It needs to be noted that, Tata Sons has not confirmed the development. Although, traders have broadly given thumbs up to the news on Tata stocks trading on exchanges.