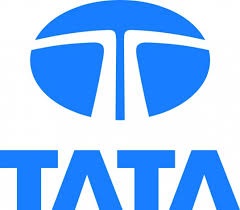 The battle for stake sale between two big families may find its outcome on December 02, as the Supreme Court has fixed this date for final hearing between Tata Sons versus Shapoorji Pallonji. The top court had held a hearing on November 18, 2020, and further decided to adjourn the case for next month.

According to ANI report, the Supreme Court fixes for December 2, the final hearing in the Tata versus Shapoorji Pallonji Group case, as certain documents related to the case are yet to be filed.

Last month, the Mistry family-led Shapoorji Pallonji (SP) group filed a scheme of separation from the Ratan Tata's group in the Supreme Court. The Mistry-backed group had proposed to the apex court, about a swap of its entire holding in the group holding company for equivalent shares in listed firms of Tata Group.

Tata Sons is the parent company of all the listed companies of Tata. Notably, Pallonji Group is the largest minority shareholder in Tata Sons.

At present, Tata Sons' stake alone has 70% of its entire group's valuation in TCS. Further, the parent's 15% stake is accounted for Tata brand value which comes from the superior financial performance of group firms such as TCS, Titan, and Tata Consumer Products.