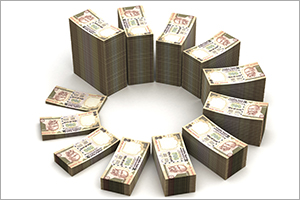 India's fiscal deficit in the first ten months of the 2013/14 financial year crossed the target for the whole year. The fiscal deficit touched $85.95 bn during April-January, as compared with 89.4% at the same point a year ago, government data said.

Net tax receipts were at Rs Rs5.76 trn in the first ten months of the current fiscal year to March 2014, while total expenditure was Rs12.7 trn.

In his interim budget, Finance Minister P. Chidambaram said the fiscal deficit would not cross 4.6% of GDP...Read More

Subrata Roy surrenders to UP police...to stay in custody till March 4 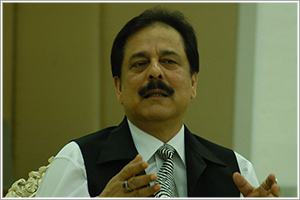 Sahara chief Subrata Roy surrendered to the Uttar Pradesh police in Lucknow after the Supreme Court refused to withdraw the non-bailable warrant against him, according to reports. Report said that Subrata Roy will stay in custody of the UP police till March 4. Roy had said he is not absconding from arrest and is ready to "unconditionally follow" whatever direction the Supreme Court gives him. Report says that Roy also appealed to the Supreme Court to allow him to be with his "ailing mother under house arrest till March 3, 2014".

"Last evening I had gone out of Sahara Shahar, Lucknow, to consult with a panel of doctors with certain medical reports of my mother and then I had gone to a lawyer's house also," he said Subrata Roy's son Seemanto Roy in a press conference today said that his father wilfully submitted himself before the Lucknow police and is cooperating with all authorities. 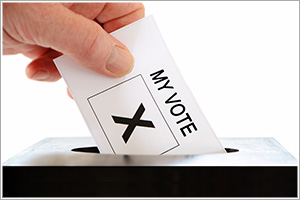 Investors seem to be pleasantly surprised as the market advanced for second consecutive week. The rally from the lows of early February has yielded a return of ~5.5% as the Nifty broke out from the trading range of 5,950-6,150 this week. Nifty gained ~2% this week ahead of GDP data for October-December quarter. Warnings about an imminent correction citing overbought levels are getting louder. Some reversal is a given after such a strong advance.

In US, S&P Index closed at record levels after Federal Reserve Chair Janet Yellen said harsh weather seems to be to behind recent softness in economy. That gave some relief to investors who supported the view that heavy snowstorms and unusually cold weather - and not worsening fundamentals - were to blame for weak US employment and retail sales.

The recent surge has been on account of impressive FII inflows and these figures will be closely tracked. Investors should tread carefully at this juncture, as the market could get pegged back again on any fresh bad news. The market will take note of the usual monthly numbers that come in from the auto and cement space. The Manufacturing and Services PMI will also be tracked...Read More

Losing job is 3rd most stressful after death and divorce Losing one's job is so much so stressful that it is ranked third behind death and divorce. We have been offlate reading lot of news of retrenchment of employees by many MNCs as part of their restructuring operations. MNCs now found solution in the form of Outplacement / Career Transition Support as the solution for smoother layoffs of the Employees. Interesting read on. Satyam Computers, Canadian Phone maker Blackberry, British banking major RBS Bank and Chip maker Texas Instruments (TI), Target India, the technology unit that supports Minneapolis-based retailer Target Corporation; Software major Sapient, Walmart, Bloomberg TV India, Barclays all were in the news in the recent past for lay-offs or job cuts.  It is reported that RBS would be laying-off some of its 1,000 employees as it winds down retail and commercial business in the country. Similarly Chip maker Texas Instruments (TI) reported to cut close to 200-300 jobs in India. Some of these job cuts are part of a restructuring move of the respective companies. It is reported very recently that Barclays to slash 12,000 jobs this year...Read More

First-time homebuyer? What to look out for? 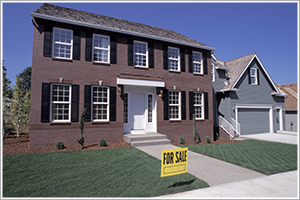 However there are a few important factors you should analyze before buying a house. Here are steps to take to help you decide whether you're ready to take the plunge. The purpose of buying a house: First decide why you need a house. Is it for investment or to live in it? The purpose of buying a home will help you in taking a call on where your home should be located and the kind of home loan or mortgage you should consider.

Timing for loan? This is one big gamble every homebuyer faces. Financial experts would advice you to buy a house when the real estate prices are low and interest rates are reasonable. Now, how does one decide if real estate prices are low or not and if interest rates are reasonable enough? It is important to understand the kind of circumstance you are in. A home loan is a big commitment, it is important that you don’t make a hasty decision. Before you take on the heavy burden of home loan, make sure you would be able to afford the bridge funding for the house you will have to do and also the EMI on a monthly basis...Read More

Local languages could lead to 24% rise in internet users: IAMAI

Internet users in India could increase by 24% if local language content is provided on the Internet, according to the ‘Local Language Study 2013’ published jointly by the Internet and Mobile Association of India (IAMAI) and IMRB International.  In the rural areas, 43% of the non-users of the Internet said they would adopt the medium if the content was provided in local language. In the urban areas, 13.5% of the non-users mentioned that they would use internet if content is provided in local languages. The report prima facie identifies local language as the single largest driver of internet growth in rural areas. The findings were based on a survey of 35 cities in seven states. Among the current users of Internet, the report found the current local language usage penetration among the active internet users is around 42%...Read More

51% of affluent consumers use their mobile phone for business: BBC Survey 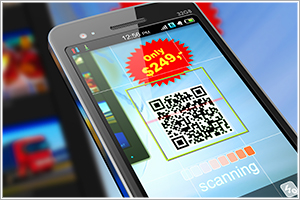 BBC World News and BBC.com/news have released the results of a global study - the first of its kind - examining the usage of mobile devices by consumers around the world. The study surveyed 6,000 smartphone owners in Australia, Germany, Sweden, India, Hong Kong and the US. It compared the habits of affluent consumers - the highest 20% income earners in each country - to those of the general population. The results reveal the increasing importance of smartphones to affluent consumers and demonstrate the extent to which mobile devices are integrated into their personal and, crucially, their business lives, as improved technology enables greater engagement with content. The study also provides clear evidence that affluent consumers, who make up a large proportion of the BBC World News and BBC.com/newsaudience, are significantly more receptive to mobile advertising than the general population...Read More

Click below for the India Infoline Weekly Newsletter:
https://content.indiainfoline.com/Newsletter/wkly814.html