A pre-poll rally seems underway as indices scaled to new peaks every day this week. A strong rupee, which hit an 8-month high, moved past the 60-mark against the US Dollar.

Your Voice, Our Pledge: The Complete Indian National Congress Manifesto

The Indian National Congress has pioneered an entirely new way in which political party election manifestos are prepared. It is our firm belief that the Indian National Congress Manifesto must reflect the voice and aspirations of the people and a new vision for the country. There were several consultations held across the country over a five-month period (from October, 2013 to March, 2014) with different stakeholders, to get their inputs on India’s future growth, development and inclusion agenda. The Congress Vice President Shri Rahul Gandhi participated in several of these interactions including those with representatives from Scheduled Castes, Scheduled Tribes, Other Backward Classes, minorities, women organisations, youth, labour, industry, Panchayat representatives, ex-servicemen, railway porters, rickshaw pullers, salt-pan workers and farmers. In addition to this a dedicated website (www.incmanifesto.in) was established to invite suggestions from all citizens for the Manifesto. A separate website for the "National Student Manifesto" was also created. We received tens of thousands of suggestions through these consultations, on the websites and social media platforms, phones, emails, etc. These suggestions were carefully considered and have been included, wherever feasible...Read More

Since inception the Indian Cooperative movement was initiated by the Government to align the rural credit system with the objectives of development planning. The RBI played an important role, Dr. Deepali Pant Joshi, Executive Director, Reserve Bank of India, said. The RBI's concern and involvement in the sphere of rural credit stemmed from its very statute of incorporation. Specific provisions were made in the Reserve Bank of India Act 1934 for the establishment of an Agricultural Credit Department and for extending refinance facilities to the cooperatives. RBI laid emphasis on strengthening and ensuring viable provincial cooperative bank, central cooperative banks, marketing societies and primary agricultural credit societies in each province for seasonal agricultural operations...Read More 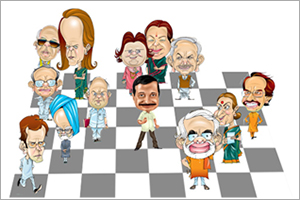 The 16th Lok Sabha elections would be held in the 25 Parliamentary Constituencies of Rajasthan on 2 poll days, namely April 17 and 24, 2014. Polling will be held at 47,223 polling stations spread across 34,711 polling station locations. Out of the state’s total of 4,07,26,177 electors as on 6th January 2014, women constitute 47.33%. The poll expenditure limit per candidate for all constituencies in the state is Rs. 70 lakhs...Read More 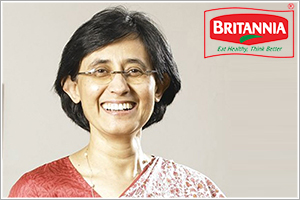 Following the Board Meeting, Britannia Industries Limited announced that, as planned, Vinita Bali, Managing Director will retire at the end of this fiscal year to pursue a variety of roles in the corporate and development sectors. She will be succeeded by Varun Berry as Managing Director, consistent with the succession plan put in place last year. Varun joined Britannia in January 2013 from PepsiCo, as Chief Operating Officer and was made Executive Director in November 2013. He has been handling domestic operations since June 2013...Read More 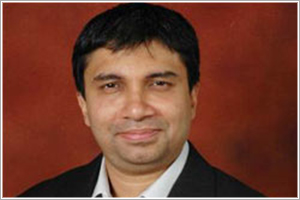 The Board of Directors of Marico Limited, one of India’s leading consumer products companies in the global beauty and wellness space, today, approved the appointment of Saugata Gupta, CEO, Marico Limited as Managing Director and CEO.  Saugata Gupta will be inducted into the company’s Board of Directors effective April 1, 2014. Harsh Mariwala will continue as Chairman, Marico Limited. The above changes are subject to approval by the shareholders at the ensuing Annual General Meeting of the Company. Saugata joined Marico Limited in January 2004 as head of Marketing. In the year 2007 he was elevated to become the CEO of the Company's India business. In April 2013, Marico restructured its Consumer Product Business (CPB) in India and International Business Group (IBG) under Saugata’sleadership as the CEO of Marico Limited, the unified FMCG business. The restructuring was a proactive step to build on Marico’s sustained value creation, by proactively re-organizing itself, taking into account the context of increasing convergence of businesses in Consumer Products Business (CPB) in India and the International FMCG businesses (IBG)...Read More

Samsung Electronics, India’s leading smartphone manufacturer, today introduced the Galaxy S5, blending features that matter most to consumers. The new Galaxy S5 offers consumers a refined experience with innovation of essential features for day-to-day use. "The Galaxy S5 is yet another great proof point of people-inspired innovation. Designed to be both effortlessly smart and intuitively simple, the Galaxy S5 has been created to maximize consumer benefits by integrating superior hardware with enhanced smartphone usability and an iconic design," said Vineet Taneja, Country Head, IT & Mobile Division at Samsung India. "This sleek and innovative smartphone believes in the importance of an effortless user experience, making your life easy and hassle-free; and, it empowers your life, helping take care of your well-being. At Samsung, we’ll never stop pursuing innovation conceived by people, so we can inspire them in return." The Galaxy S5 combines an advanced camera, the fast network connectivity, dedicated fitness tools and enhanced device protection features as consumers stay fit and connected in style...Read More

Get the most out of your Car Insurance 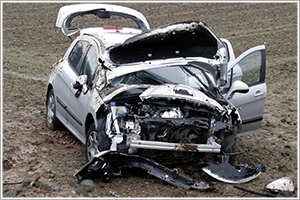 Comprehensive motor insurance policy without Add-on covers, in reality is not comprehensive in its true sense. If motor insurance policy holder has to pay from his wallet (partly or fully) for replacing rubber or metal parts in case the car met with an accident, then the entire purpose of insurance gets defeated. One can overcome this if motor insurance is bought with some very useful add on covers like Engine protection, Road side assistance, Protection for no claim bonus, Nil depreciation, Return to invoice and Personal belongings. Furthermore, spare parts in high-end cars are very expensive. It is recommended that cars valued upwards of Rs. 8-10 Lacs should have Add-on covers as part of the motor comprehensive policy. This reduces the financial impact on the car owner in the event of a claim...Read More 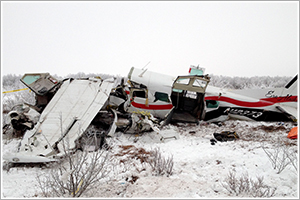 Buckle up, grip your armrests and pray it never happens to you, as this week National Geographic Channel (NGC) helps you unravel the secrets behind gripping tales from aviation in a special series titled ‘Air Crash Mysteries’. Tune in everyday from Friday, March 28th onwards at11 pm, as NGC unfolds tales of disaster and deep mystery. This series will highlight some of the world’s most shocking air crash mysteries and each episode will look at investigating different possible reasons that may have led to the tragedy. The series shocks you and keeps you on the edge of your seat as it narrates real-life air crash events possibly caused due to mid-air gunfire, hijack, cabin decompression, missing black boxes, etc. Mysteries around plane crashes and near-disasters from around the globe are analyzed in meticulous detail, providing a look into what went wrong and if they could have been prevented. Some of these stories, like the unfortunate crash of Air France’s Flight 447, have helped change aviation safety and brought about some of the most important standard regulations that we know of today...Read More 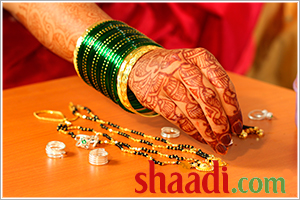 Shaadi.com, the World’s Largest Matrimonial Service recently conducted a survey to understand ‘What Indian Men Want’ from women they would like to marry. Interestingly, 83.5% men said they would want a partner who is ‘career-oriented’. On the other hand, 76.6% Indian men said they would want a partner who ‘Loves to watch Cricket’. Also, 73.8 % men admitted that they would prefer partners ‘Who like to keep themselves updated about the latest news’, followed by 66.1 % men who said they would like a partner ‘who isn’t working with the same organization’. When asked what annoys them the most about women, 80% men said ‘Women who are obsessed with Reality TV Shows’, while 78.2% men said ‘Women who are always on the phone’...Read More 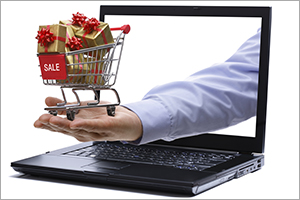 In light of the recent advisories that have been issued against purchasing specific electronic products through online marketplaces by certain OEMs, the Internet and Mobile Association Of India (IAMAI), on behalf of its members, would like to state that by their very nature, sellers on a marketplace bring in price efficiencies by disintermediation, lower capital costs and other efficiencies of the online model. They are happy to pass on a part of the cost benefits to the customers. It is also important to point out that while there is a maximum retail price, there is no minimum retail price stipulated in law. It may be noted that marketplace model of e-commerce provides a level playing field to millions of small sellers who neither have a kiosk or brand to sell nor the financial wherewithal to sell, are getting an opportunity to sell not only in their village but across the country and the globe. This has boosted entrepreneurship and created huge employment in urban, semi urban and rural areas. Also, customers located in remote tier 2 and tier 3 towns access quality products through the online platforms and blocking this medium directly impacts the consumer’s right to purchase quality goods at affordable prices at the click of a button...Read More

How to secure your PC when Windows XP Support ends?

Microsoft’s support for Windows XP systems is going to end on April 8, 2014and it is estimated that 16 percent of the 4 million units of Microsoft PC install base for large enterprises in India are yet to migrate to Windows 7. The cause of concern for many XP users remain that once Microsoft stops releasing XP updates and support, the operating system will become vulnerable to malware, viruses and hackers. Moreover, migration of Windows XP require a good amount of time and money. But there is a cost-effective, time saving solution that Novell promises to the end users. With Novell ZENworks®, one can migrate quickly and easily to Windows 7—without disrupting user productivity or breaking the IT bank. It includes products that span the entire migration lifecycle—Assess, Optimize, Migrate, Patch and Maintain—and facilitates smooth, "near-zero touch" migrations. Make Novell ZENworks your preferred Windows 7 migration tool, and see how easy we make it, every step of the way...Read More

Click below for the India Infoline Weekly Newsletter:
https://content.indiainfoline.com/Newsletter/wkly818.html