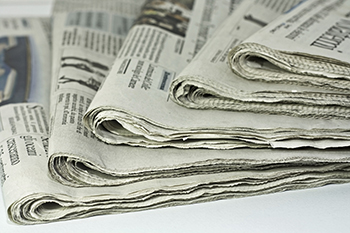 Employees of Tata Steel UK have commenced balloting following a dispute with the company about its proposal to change their pension scheme. (BS)

Colgate Palmolive India said toothpowder manufacturing operations at its Waluj factory in Maharashtra have been discontinued with effect from May 5, following a voluntary retirement scheme accepted by its employees. (BS)

Alstom T&D India has been selected to lead the smart grid project by the Himachal Pradesh State Electricity Board Ltd. (BL)

Dabur India is looking to extend its presence in the baby care portfolio with new offerings in the coming days. (BL)

Amara Raja Batteries Ltd plans to significantly expand capacity for its two-wheelers, automotive batteries and for various industrial applications, even as it steps up exports to countries in the Indian Ocean Rim and West Asia. (BL)

Hindustan Zinc Limited is poised to set up a greenfield Rs13.5bn di-ammonium phosphate (DAP) plant in Rajasthan, in step with Anil Agarwal's ambitious plan to diversify into fertilisers. (ET)

As part of efforts to bolster its presence in western and northern parts of the country, Hinduja Group flagship Ashok Leyland inaugurated its seventh outlet in Gujarat. (ET)

Joining its peers, Punjab National Bank cut its base rate by 0.25% to 10%, which will lead to lower EMIs for its customers. (ET)
SpiceJet's new promoter Ajay Singh has pruned its expensive top management in the last few months and given additional powers to executives in the middle rung in what his colleagues are calling a "more fluid" and "cost effective" work strategy. (ET)

India's imports of liquefied natural gas (LNG) are set to more than double over the next five years to 24mn tons per annum by 2020 from 10.7mn tons in the financial year ended March 2014 and this surge in imports will benefit LNG importer Petronet LNG Limited and dominant gas distributor GAIL (India) Limited the most owing to the increased usage of their gas infrastructure, Moody’s has said in a report. (BS)