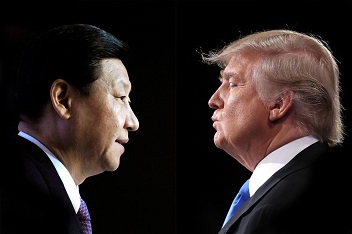 High-level trade talks between the US and China were set to wind up Friday in Beijing, with time running out to reach an agreement that would avert an increase in American tariffs on Chinese goods by March 1.

Treasury Secretary Steven Mnuchin and US Trade Representative Robert Lighthizer didn’t comment to reporters as they headed out on Friday morning for a final day of talks of talks with counterparts including Chinese Vice Premier Liu He. They are also expected to meet Chinese President Xi Jinping.

In closed-door sessions this week, the two sides have failed to narrow the gap around structural reforms to China’s economy that the US has requested, according to three US and Chinese officials who asked not to be identified because the talks were private. They said it would likely take a meeting between Xi and President Donald Trump to seal a deal.

The US and China were scrambling on Friday to produce a memorandum of understanding that would pave the way for a meeting between the two presidents, the Financial Times reported, citing people briefed on the negotiations.

The US has also not relented on demands for China to dial back government subsidies for state-owned enterprises and improve corporate governance, one of the people said, an extremely sensitive issue that is seen as a non-starter for Chinese leaders.

The uncertainty has weighed on investors, with Asian stocks retreating from the highest levels since October following a dip in US equities. Both sides have an incentive to strike a deal: Trump has repeatedly linked market gains to his administration’s policies, while Bloomberg Economics estimates China would avoid a 0.3% drag on 2019 gross domestic product if the trade truce holds.

Trump earlier this week said he was open to delaying the deadline to more than double tariffs on $200bn of Chinese goods if the two countries were close to a deal that addresses deep structural changes to China’s economic and trade policies.

Asked Thursday if the Trump administration was considering extending the deadline for tariff increases, White House economic adviser Larry Kudlow said no decision has been made.      Negotiators in Beijing “are soldiering on” and the “vibe” is good, Kudlow said on Fox News, adding that he was briefed by US officials earlier Thursday. “They are going to be meeting with President Xi tomorrow, which is a very good sign. They are moving through all of the issues. They are getting the job done.”

Kudlow later told reporters at the White House that he’s “cautiously optimistic” on the outcome of the talks with China.

A meeting date between Trump and Xi has not been set and it is unlikely the pair can meet before the March 1 deadline.
White House adviser Kellyanne Conway said on Tuesday that Trump wants to meet Xi “very soon.”