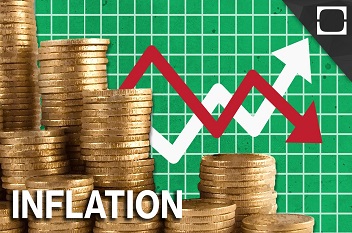 A key measure of US inflation was little changed in December while falling energy prices dragged down the broader gauge, giving the Federal Reserve little urgency to raise interest rates soon as it signals a more cautious approach in 2019.

Excluding food and energy, the so-called core consumer price index rose 2.2% from a year earlier for a second month and increased 0.2% from November, matching the median estimates of economists, according to a Labor Department report on Friday. The broader CPI cooled to a 1.9% annual gain and was down 0.1% from the prior month as energy costs fell the most in almost three years.

The data suggest inflation is contained around the Fed’s target, with prices underpinned by steadily rising wages and a tariff war with China.

While the central bank last month penciled in two interest-rate hikes in 2019 following four in 2018, officials are now signaling a potential pause through March or longer amid headwinds from trade, the US government's partial shutdown, and global growth risks.

Friday's report showed shelter costs, which account for one- third of the CPI, rose 0.3% for a second month. That reflected 0.2% increases in both owners-equivalent rent -- one of the categories designed to track rental prices – and rent of primary residence, while hotel and motel rates advanced the most since May.

Fed officials have taken a less hawkish tone since the December meeting when they raised interest rates. In the past week, Chairman Jerome Powell and other officials have stressed that the central bank will be patient and flexible in responding to economic data, including the potential effects of the trade war.

On Thursday, Fed Vice Chairman Richard Clarida said in a speech that “inflation has surprised to the downside recently, and it is not yet clear that inflation has moved back” to the central bank's goal on a sustainable basis.

December figures for the Fed’s preferred gauge of inflation -- a separate measure related to consumption -- are scheduled for release on January 31, though the report could be delayed because of the partial government shutdown. The Fed-preferred index and its core gauge tend to run slightly below the Labor Department’s CPI measures.

A separate report on Friday from the Labor Department indicates consumers are gaining more spending power from lower fuel costs. Average hourly earnings, adjusted for inflation, rose 1.1% in December from a year earlier, following a 0.8% gain in the prior month.

That could support consumer spending, which accounts for about 70% of the US economy, at a time when the outlook is dimming for companies in a variety of industries. On Thursday, news from Macy's and Kohl’s Corp. compounded concerns that rising interest rates and Chinese trade turmoil could dent consumption.

In numbers
Labor Department economic releases are proceeding as scheduled, as the agency isn’t part of the partial federal- government shutdown.