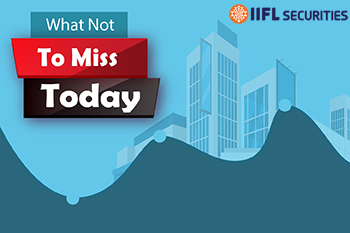 -Asian indices saw profit booking in early trade as most markets consolidated the recent sharp gains. Oil prices remained unchanged, while the dollar saw mild weakness. We expect more data from China on manufacturing to dictate the short term trend as the economy struggles to get back the momentum.

-Rupee depreciates 17 paise to 71.24/$. This is on the back of escalating geopolitical tensions between India and Pakistan.

-Dalmia Bharat group claims MF units of subsidiaries illegally transferred. Odisha Cement Ltd., soon to be renamed Dalmia Bharat Ltd., in its filing to the exchanges further added that it has filed a complaint with regulators and the police after a depository participant transferred mutual fund units of the group’s arms. Read more.

-Wipro to sell part of its Appirio business to Alight for $110mn. Alight to acquire Workday and Cornerstone On Demand Business from Wipro.