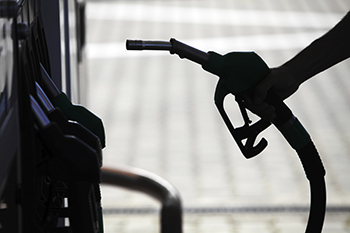 Why is Congress demanding petrol, diesel’s inclusion in GST?

Indian motorists’ woes don’t seem to be ending anytime soon as rising fuel prices burn a hole in their pockets. Further, the sorry state of Indian roads makes it necessary for them to refuel more often.

Indian motorists’ woes don’t seem to be ending anytime soon as rising fuel prices burn a hole in their pockets. Further, the sorry state of Indian roads makes it necessary for them to refuel more often. There is not much the government seems to be doing or can do at this point.

Where are fuel prices now?

The Indian rupee’s unrelenting descent as it hit 72 against the US dollar on Thursday and escalating crude oil prices, ~$78 a barrel in the last two weeks, has pushed India’s import bill higher, in turn taking fuel prices to an all-time high.

Further, on Thursday, September 06, petrol prices in Delhi rose to a record Rs79.51 a litre and diesel prices touched a renewed high of Rs71.55. However, these prices were the lowest among all metro cities and most state capitals due to lower VAT. Mumbai, meanwhile, suffered the most, as prices skyrocketed to Rs86.91 a litre for petrol and Rs75.96 per litre for diesel.

What the opposition demands

Following this upward revision in prices, the country’s opposition, Congress, rose up in arms and reiterated its party’s demand to include petroleum products under the Goods and Services (GST) tax regime. Senior leader P Chidambaram exclaimed that “the relentless rise in prices of petrol and diesel is not inevitable because the price is built up by excessive taxes on petrol and diesel. If taxes are cut, prices will decline significantly.”

Ex-NDA partner and Andhra CM Chandrababu Naidu also chipped in, blaming the government for the spike. He claimed, “Petrol will soon cost Rs100. They are going to hit a century. And, the rupee will also touch the century mark. You can then buy petrol paying a dollar.”

So, why is the opposition making such statements? What are the current taxes levied on petrol and diesel? Will including it under the GST regime make any difference? Finally, why is the Centre against any such move? Let’s answer these questions.

The current matrix of fuel prices, GST, and the government

Currently, fuel prices are mainly dependent on the excise duty (collected by the Centre) and value-added tax or VAT (collected by the states). Further, oil marketing companies like HPCL, IOCL, and BPCL take into consideration international crude oil prices and government taxes to decide the final retail price.

Incidentally, the Centre charges about Rs19 per litre of excise on petrol and Rs15 per litre on diesel. With respect to the VAT imposed by the states, the lowest is seen in the island UT of Andaman and Nicobar, where a 6% tax is charged on both the fuels. On the other hand, Mumbai charges the highest VAT of 39.12% on petrol, while Telangana levies the highest VAT of 26% on diesel.

If we consider GST, a particular good or service is kept within the four tax slabs of 5,12,18, and 28%, as the sum total of central and state levies, existing before July 1, 2017. Further, at the time of levying this one-nation-one-tax regime, five petro-products, that is, petrol, diesel, crude oil, natural gas, and aviation turbine fuel (ATF) were kept out of its scope.

As is evident, the Centre and states earn a great deal by keeping out petro-products from the GST regime.

As per reported estimates, if these are brought under the GST’s purview, the Centre stands to lose close to Rs20,000cr input tax credit it currently makes. Besides, states use this as a revenue tool to meet any contingency and last-minute requirements like dealing with natural calamities.

So, is the opposition’s demand valid?

The opposition’s demand is not without significance. The BJP-led Centre has raised excise duty on petrol by Rs11.77 a litre and that on diesel by Rs13.47 a litre in nine installments between November 2014 and January 2016.

What’s more, even though global oil prices fell, the Centre did not allow the benefits to pass on to Indian consumers. Due to this, excise collection from petroleum products jumped more than double in the last four years, while states’ VAT collection also increased from Rs1.37cr to Rs1.84cr. Why then would these entities give up the goose that lays the golden egg?

This shored-up money is then used to fund social security schemes and also meet the substantial deficits in GST collections. The government can’t afford to cut back on any of these expenses, especially in the run-up to the general elections.

For now, the opposition’s demand that petrol and diesel prices be brought under GST means that OMCs will only have to consider one tax and global crude prices for deciding the final retail prices, which might slash prices considerably.

Moreover, the government is in a favorable position to take this key step, especially since it needs to get all the states on board, 19 of which are ruled by BJP in some capacity or another.

Catch-22 situation for the Centre

However, the government’s situation is complicated by the international geopolitical environment - case in point being the looming US sanctions on Iran, the failure of major fuel refineries in the country to meet the production target for July, and the freefall of the rupee. To make matters worse, if this situation continues, it will compound problems, leading to food inflation and also hit several sectors and financial markets.

Thus, presently, it’s a catch-22 situation for the government because in the case of tax cuts, it won’t be able to offer anything substantial and if it offers anything like this, it will be labelled as theatrics. Further, it might not be in a position to include petroleum under GST. Now, it can only hope that international prices show some respite.