Economics for Everyone- Evaluating Economic Growth

The panel, in its presentation 'Current Economic Outlook' before Prime Minister Manmohan Singh] during the full panel meet, also projected the gross domestic product in 2011-12 to reach 9 per cent.

According to the recent projection by the Planning Commission the Indian economy will be back on growth path with the GDP expected around 8 per cent in 2010-11.The panel, in its presentation 'Current Economic Outlook' before Prime Minister Manmohan Singh] during the full panel meet, also projected the gross domestic product in 2011-12 to reach 9 per cent.

The GDP data released on showed signs of recovery as Indian economy grew by 6.1 per cent during the first quarter ending June 30 this fiscal against 7.8 per cent in the corresponding period in 2008-09.

According to another report by the Reserve Bank of India the country is unlikely to return to a high growth rate till the global economy comes out of the recessionary phase, but maintained GDP rate of 6 per cent is on course.

According to the RBI deputy governor the Indian economy is expected to grow by 6 per cent as per the latest assessment made by the RBI.

Since most of the bsuiness decisions and investment decisions are based on the growth projection it is important that we understand that what is the relevane of economic growth and how the growth rate is measured.

The three major factors of economic growth in a country are capital accumulation, growth in population and thus in labour force and technological progress. Investments that improve the quality and increase the quantity of existing human and physical resources and raise their productivity through inventions, innovations and technological progress represents the major force that stimulates economic growth in any nation.

Growth in policy making
Economists often evaluate the possible effects of policy options. In addition, they are often asked for recommendations about whether or not to undertake a given policy. To evaluate economic policy in this way means you are going beyond just describing possible outcomes and now are making judgments. To do so, some criteria by which policy options can be evaluated are needed. The criteria most frequently applied to economic policy options are: 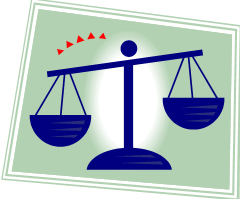 The major indicator of economic growth is national income.

Concept and measurment of national income: One of the most significant measurement of economic growth is national income. It has been widely accepted by economists as the most comprehensive measure of the level of aggregate (macro economic) economic activity in an economy. The modern economy is enormously complex, involving innumerable transactions of a wide variety of goods and services. To understand, analyse and regulate the behaviour of such an economy, we obviously need some indicators or measures of its performance in almost the same way as any business enterprise needs certain types of accounts to measure and evaluate its performance. National income can be readily looked upon as an important yardstick of the overall performance of the whole economy.

Some aspects of this definition deserve special mention. For instance, it may be noted that national income is an aggregative value concept. It makes use of the value determined by the measuring rod of money as the common denominator for the purpose of aggregating the diverse outputs resulting from different types of economic activities.

Similarly, national income is a flow concept. It represents a given amount of aggregate production per unit of time, conventionally represented by one year. Thus national income usually relates to a particular year and indicates the aggregates money value of the flow of the output during that year.

Another aspect of this definition that should be noted is that national income represents the aggregates value of final products rather than the total value of all kinds of products produced in the economy. The distinction arises because there are a number of products, which in turn are used in the production of several other products. The output of the latter will, therefore, include as its components the entire output of the former. For instance, since flour is used in making bread, the total value of bread includes the value of flour also. Hence if we add the value of the former to that of the latter while measuring national income, we will be indulging in what is known as "double counting". Obviously the measure of national income should be free form double counting. To emphasize this aspect, the word ‘final" has been used in the above definition to specify the type of goods and services, the values of which are to be aggregated to derive national income. It indicates that national income is an unduplicated total that does not involve any double counting.

Gross Domestic Product (GDP)
GDP is the short form for Gross Domestic Product. This is the most often used term to measure what are known as National Income accounts, which, as the name suggests, are a measure of how much product (or income in terms of goods and services) a country generates.

GDP = Market value of goods and services produced in the country

plus incomes earned in the country by foreigners
minus incomes received by national from abroad.

Economic growth is an increase in activity in an economy. It is often measured as the rate of change of gross domestic product Economic growth refers only to the quantity of goods and services produced; it says nothing about the way in which they are produced.Economic development

GDP per capita is not the same thing as earnings per worker since GDP measures only monetary transactions for all final goods and services in country.

GDP is 'gross' because it includes the cost of deprecation of plant and machinery, or any other capital good that is used in the process of production. If we subtract the cost of depreciation, we get Net Domestic Product.

It is called domestic product because it measures the value of goods and services produced within the geographical boundaries of a country. So this includes the value of exports, but not imports, which are not made at home.

Now, the price of any good in the market is also inclusive of the tax levied on it. If GDP also includes the tax component, then it is called GDP at Market Prices, and if it excludes taxes, it is called GDP at Factor Cost. Note that only indirect taxes are being taken into account at this point.

There are various ways of measuring the national income such as Output method, income method and expediture method. 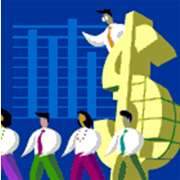 Typically, GDP is measured by segregating the economy into 3 broad categories: agriculture, industry, and services. In India, agriculture GDP is measured both inclusive and exclusive of GDP in forestry, fishing and logging, apart from GDP from cultivation.

The most common approach to measuring and quantifying GDP is the expenditure method such as PCFE and GFCE.PFCE stands for private final consumption expenditure and GFCE stands for government final consumption expenditure. These are both components of GDP, as measured from the expenditure side. GDP is the value of output produced within the domestic territory of a country. From the production side, GDP is the sum of output produced by various sectors in the economy, including broadly agriculture, industry, and services. This GDP accrues to domestic agents as income, which is spent on final consumption. The income of the government consists of tax revenue and its expenditures are financed out of that, and borrowing. The income of private persons (or households) consists of what they earn as wages, interest, and profits.

The expenditure of private income on domestically produced goods is called PFCE, which consists of all sorts of purchases of goods and services, including rent, price of consumer goods, interest payments and so on. The government spends its income on wages and salaries of employees, maintenance and purchase of capital goods and so on.

PFCE and GFCE do not exhaust the whole GDP. Part of it is also spent on investment. If we add the investment expenditure to PFCE and GFCE, we get the GDP. If we also add the expenditure on net exports, then we get GNP or Gross National Product, because it also includes the value of expenditure on imports over exports. If net imports are positive, then GDP will exceed GNP, because the country is paying out for imports more than what it earns through exports. If net exports are positive, then GDP will be less than GNP.

The need for estimating GDP and GNP at constant prices arises because GNP at the current prices produces a misleading picture of economic performance when prices are continuously rising or decreasing. In a country having a high rate of inflation, the nominal GNP produces an inflated estimate of the national income and creates false sense of richness or economic growth.

Calculating the real GDP growth allows economists to determine if production increased or decreased, regardless of changes in the purchasing power of the currency.

PPP
Nowadays, whenever the media discusses the state of the Indian economy it compares it interms of PPP. In terms of its PPP, India is rated as the fourth largest economy in the world. PPP stands for purchasing power parity. It is defined as the number of units of a country's currency required to buy the same amount of goods and services in the domestic market as one dollar would buy in the USA. Thus, PPP is a measure that's affected by the nominal exchange rate of the currency as well as the relative price levels in different countries.

PPP is mainly used for international comparisons of size of the economy and the standard of living of people.

plus incomes earned locally by foreigners
minus incomes received by the nationals from abroad.

Economics for Everyone Circular Economy

Economics for Everyone Know Your Banknote- Design, Demonetisation, Digitalisation