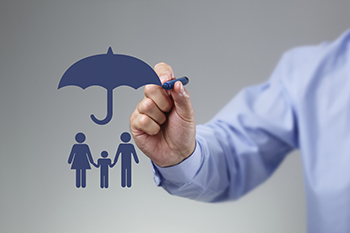 The Indian Millenial (those born between the 80’s and 90’s) works hard and parties harder, according to the ICICI Lombard GIC Survey on Understanding Lifestyle and Attitude towards Health of Millennial. ICICI Lombard, one of India’s leading General Insurance companies conducted a multi-city survey across Mumbai, Delhi, Kolkata, Bangalore, Chandigarh, Lucknow, Hyderabad and Ahmedabad. The average age of the target group was sharpened to 25 - 35 years, so as to focus on individuals who are in the earning bracket.

The survey has thrown up some interesting observations on the lifestyle and financials of the Indian Millennial. A confident, aspirational and alert generation, the Millennial are a high spending group who spend almost 69% of their income every month. Interestingly, 50% of their income is spent on family and household items followed by EMIs and premiums. The Indian Millennial also spends considerably on leisure and entertainment. However, their overall expenditure on health and medical is just 5% of their monthly income. It emerged that the
uninsured Millennial saved less and spent more on medical expenses as compared to their ICICI Lombard internal claims data on millennial show that claims for the said age group are increasing year on year. However, across the target cities, 86% of Millennial believe that they are fit and healthy. Insured Millennial are more confident about their health then the uninsured.

68% of the overall respondents agree that busy life has an impact on their health. Therefore, despite the propensity to lead an indulgent lifestyle, a larger number is conscious of their health. 85% of the Millennial take steps to de-stress themselves through conscious efforts like regulated diet, yoga/meditation and fitness sports.

Commenting on the survey, Mr. Sanjay Datta, Chief – Claims, Underwriting and Reinsurance, ICICI Lombard General Insurance said, "Poised to reshape the economy, the millennial generation is in its prime spending years. It is heartening to know from the ICICI Lombard survey that they understand the importance of good health. However, the level of health insurance awareness among the average Millennial is significantly low with limited understanding of benefits. It is critical that they are guided in terms of realizing the importance of
getting insured when young and healthy.”

According to the survey, while most Millennial purchased a policy at the age of 30 years, they believe that it should be bought earlier that is 25 or at least before 30 years. 62% of the Millennial are covered under a floater plan. Surprisingly 43% of the female respondents are
covered under a group medical insurance, clearly highlighting the need to create awareness about purchasing health insurance themselves. 46% of the Millennial still purchase health insurance to avail tax benefits, this showcases the need to create awareness about health insurance being more about financial protection against medical exigencies and not a tax planning tool.