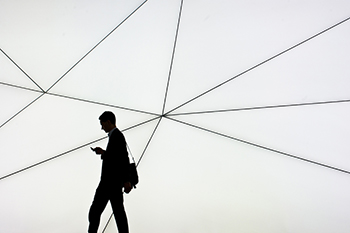 As Indian telecom transitioned from duopoly to multi-player competition and the worldwide mobile penetration increased, the tariffs kept declining and handsets became cheaper.

Indian Telecom sector can be divided into three distinct phases post the National Telecom Policy 1994. The phase I between 1994 and 2000 was marked by a supply constraint, duopolistic market with technology (GSM) defined by the regulator. There was huge demand with a long waiting list and once the network was rolled out, everybody who could afford the service opted for it. Phase II from 2001 to 2007 saw the result of a forward looking New Telecom Policy (NTP 1999) where competition opened up with entry of new players and we saw a dramatic decline in tariffs. Mobile subscribers increased beyond anybody’s imagination as more and more people could afford the service. Phase III from 2008 to 2014 saw entry of five to six new players and a chaotic period with regulatory uncertainty, license cancellations and litigations. This phase witnessed extreme competition from the key players of the telecom sector. As larger players reached competitive parity on infrastructure, their focus shifted to cost optimization leading to infrastructure sharing and outsourcing of network, IT and parts of customer service delivery.

As Indian telecom transitioned from duopoly to multi-player competition and the worldwide mobile penetration increased, the tariffs kept declining and handsets became cheaper. A mobile phone that was a status symbol for rich and “nouveau riche” became absolute necessity for all strata of society that now use it for communication, livelihood and increasing productivity. Customers got plenty of choices with ultra-low cost handsets and proliferation of Chinese / Indian brands which made feature phones and smart phones affordable. Smart phone demand picked up significantly for data and internet consumption towards end of phase III.

Substantial competition with seven to ten players in each state led telecom experts to believe that there will be consolidation in the Indian telecom sector, but that proved elusive for most part of phase III. Many in the sector attribute these delays to regulatory uncertainty around mergers and acquisition and guidelines on spectrum holding (spectrum cap post any merger). The fact is that the telecom regulator has done an amazing job during all the three phases barring some aberrations and should be given due credit for its visionary policies that saw mobile penetration exceeding 140% in urban area and 45% in rural areas1 from low single digit just a decade back. The mobile industry is bracing itself for the imminent entry of broadband competitors in 2016 that will act as the next wave of growth in Indian telecom sector.

With outsourcing of network, and as Telecom service providers entered “pay as you grow” and “Erlang based” models, cost got in line with revenue that allowed them to manage their cash-flow better and improve profitability. As they hived off their telecom tower assets to a separate company, asset utilization improved and further improved their profitability. Public market listing of infra assets provided a source of capital for some Telcos while others monetized the assets by infusing funds from a separate category of investors looking for stable long-term returns. Just like telecom towers, telecom companies will find a compelling justification for optic fiber assets to be separated in step down subsidiaries/ joint venture companies easing the telco’s balance sheet and providing a path for monetization.

Upgrading 2G and 3G mobile networks to 4G (Long Term Evolution or LTE) need significant investment in telecom infrastructure, both telecom towers to host these sites and optic fiber for high speed transmission. 4G networks will need large spectrum that is usually available at higher frequencies (2.1GHz, 2.3GHz, 2.6GHz and 3.5GHz) that will need significantly larger number of base stations than that needed in 2G (850/ 900/ 1800MHz). This will mean more tower and more base stations per tower implying higher sharing ratio and more profitability for tower companies. This explains the increasing tower company valuations in the multiple deals announced in 2015.

Spectrum is a shared resource and as the number of people using that resource increase in a particular area, the small slices that are available after sharing reduce the user experience. Given that Indian telcos have much smaller spectrum allocation compared to those in China, USA or other developed markets, this problem gets exacerbated. One solution is to install more base stations. But when these base stations are too close, it often creates an issue of destructive interference where same frequency is transmitted by adjacent base stations and reach a customer with 180 degree phase difference causing deep fading leading to poor voice quality and call drops. Other solution to alleviate the congestion is to offload the calls to another local network such as Wi-Fi and small cells, freeing up the precious 3G/ 4G spectrum for mobility. 2016 will see an aggressive rollout of telecom towers, optic fiber networks and Wi-Fi networks to support growth of wireless broadband.

As tower infrastructure grows, we need to focus on “greening” of towers. This is important as almost 40% of telecom towers are in areas that have less than 12 hours of grid availability2. When grid fails or is of poor quality (low voltage and/or unstable frequency) and batteries are discharged, telecom towers use diesel generators as power backup to keep the mobile networks running and providing much required connectivity. Diesel not only increases the operating cost of telecom networks, it also leads to carbon emission endangering the environment. Many tower companies such as Ascend Telecom have been efficiently using solar and wind solutions combined with innovative storage solutions to reduce the diesel consumption. This trend will grow in 2016.

In early trading, rupee gains 11 paise to 79.52 against the US dollar