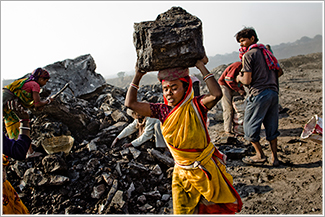 Surpassing the market expectations, industrial output recorded 3.8% growth for the month of November’14. CARE’s own estimation was 2.4% for the month.

Industrial growth picks up at 3.8% for Nov
Surpassing the market expectations, industrial output recorded 3.8% growth for the month of November’14. CARE’s own estimation was 2.4% for the month. This growth in the industrial output is attributable to strong pick up of the manufacturing segment at 3%. The significant growth in capital goods segment also indicates the pickup in investment demand. However, the overall growth has been persistently offset by two important components (‘office, accounting & computing machinery’ and ‘Radio, TV and communications equipment, & apparatus’) without which the growth stands at 6.6% for the month.

The cumulative growth during the period Apr’14-Nov’14 was registered at 2.2% against 0.1% in the corresponding period of the previous fiscal.

On the cumulative basis, the performance across the various sectors is given below:

Govt meets Dy Prime Minister of Poland to strengthen bilateral trade
The Union Minister of Steel and Mines, Narendra Singh Tomar, led a high-level delegation of Indian mining and steel representatives, in a meeting held with Deputy Prime Minister, Republic of Poland, Janusz Piechociski, along with the visiting Polish delegation. The meeting was organised on the sidelines of Vibrant Gujarat Global Summit in Ahmedabad on January 11. Leaders on both sides discussed areas of mutual collaboration, particularly in the mining sector, to further trade ties between the two countries.

Addressing the Polish delegation, Tomar emphasised the focus of Indian government in transforming India as a pulsating investment ground. He expressed openness to amend the governing policy framework in order to enable speedier decision making, and to foster ease of doing business in the subcontinent. Appreciating the expertise of Poland in underground mining and coal technologies, the Minister stated that Indian steel and mines PSUs like SAIL, NMDC, MECON and GSI would explore possibilities to forge partnership wherever feasible... Read more

Sesa Sterlite evaluates strategies to create value for shareholders
Sesa Sterlite Ltd clarified that the company management evaluates various strategies from time to time to create value for shareholders. We further clarify that at this point of time there is no definite proposal for any merger and no such event or negotiations have taken place.
We have simplified the corporate structure at Sesa Sterlite and we will always explore ways that can further help simplify the corporate structure of the group. At various points, we receive solicited and unsolicited comments from various experts on restructuring and related questions... Read more

The promulgation of Ordinance became necessary to address the emergent problems in the mining industry. In the last few years, the number of new Mining Leases granted in the country have fallen substantially. In addition, second and subsequent renewals have also been affected by Court judgements. As a result, the output in the mining sector has come down drastically, leading to import of minerals by users of those minerals. The salient provisions of the Ordinance are listed separately... Read more

Non-regulated sectors will continue to be at a disadvantage: ICRA
As per an ICRA analysis, among the “non-regulated” sectors, coal cost relative to product price is the highest for the aluminium sector. Additionally, its margin also has the highest sensitivity to coal prices. Therefore, ICRA expects aluminium companies having large smelters at advanced stages to bid more aggressively in the upcoming coal block e-auction than the cement and steel sector players, whose margins have similar (but lower than that for aluminium) level of coal price sensitivity.

The financial year 2014-15 has been a year of immense significance for the domestic coal sector says ICRA. Coal mines having geological reserves ~ 3.2 billion tonne, which were earlier allocated to the “non-regulated” sector, are now reserved for the power sector... Read more

Coal scam: Two directors of Jharkhand Ispat get bail
The Directors of Jharkhand Ispat Pvt Ltd R S Rungta and R C Rungta were  granted bail by a special court in connection with a coal blocks allocation scam case, according to reports. Report said that Special CBI Judge Bharat Parashar enlarged both the accused on bail on a personal bond of Rs one lakh each and with one surety of the like amount. CBI told the court that two private persons Ramabatar Kedia and Naresh Mahto have reportedly died and they are verifying the facts regarding their demise, says report.

25 coal blocks may be put on auction: Reports
The coal ministry is planning to put on offer about 25 coal blocks with over eight billion tonnes of reserves for state and central government companies, according to reports. Report said that 24 of these blocks are likely to be reserved for the power sector, one will be earmarked for a state-run steel plant. The ministry will specify the criteria for awarding blocks to PSUs on nomination basis.

Stainless steel industry requires govt support: Jindal
Jindal Steel chairman Ratan Jindal said that the lower capacity utilisation and competition with Chinese imports would impact the India's stainless steel industry. During a media interaction in Ahmedabad on Monday, Jindal said that stainless steel sector requires government support in the form of encouragement for exports and import restrictions on finished or semi-finished goods. Financial institutions have the bank exposure of about ₹30,000 crore to the sector. Stainless steel has found applications in areas other than the utensils in recent years, Jindal added.

NTPC needs reserves to feed increased capacity
NTPC (National Thermal Power Corporation Ltd) will bid in the auctions of coal blocks in the next month, according to a media report. The auction follows the Supreme Court's September order cancelling 214 coal blocks over charges of irregularities. NTPC is targeting coal production of 300 million tonne over the next four to five years. The company needs reserves to feed increased capacity that are scheduled to come up in the near future, the report further said. NTPC has firmed up plans to become one of the largest coal producers in the country.