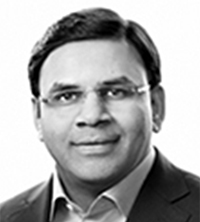 Jayant Mhaiskar, Vice Chairman and Managing Director, MEP Infrastructure Developers Ltd, is one of the founding Directors and Promoter of the Company and has close to two decades of experience in the Tolling and Infrastructure industry.

In an interaction with Anil Mascarenhas and Alok Deora of IIFL Wealth & Asset Management, Jayant Mhaiskar says, “While demonetization has been the trigger for accelerated adoption of cashless payment at toll plazas across the country, MEP has from much earlier been using advanced electronic technology at its toll plazas for improved efficiency and transparency.”

With the recent toll ban for almost a month, how much toll loss have we witnessed. What is the update on the compensation in terms of quantum, timing and mode of compensation?
Currently, MEP is operating tolls predominately with NHAI and also with state authorities, such as MSRDC, RIDCOR, etc. The NHAI tolling contracts are mainly operated in two specific areas, i.e the one year short term tolling and the long term Operate Maintain and transfer (‘OMT’) contracts. Under the concessions for the one year tolling, we have raised claims for relief in concession fee payable plus operating costs and loss of profit. Under the long term OMT concessions, there are specific clauses / provisions to address any change in law or force majeure events. Such clauses specify the manner of compensation to be awarded to the concessionaire in the event there is any loss of revenue or additional costs incurred on account of any change of law / force majeure events. The association for toll operators has also adequately represented to the NHAI of specific aspects to be considered and specific deviations that could be adopted by NHAI in arriving at the framework for compensating for toll revenue losses. Further, the authority has also publically acknowledged that NHAI intends to adequately compensate the concessionaires for any losses incurred by them due to the stoppage of the toll collection contracts. The state tolling concession agreements also have specific clauses to address the issue of loss due to change of law / force majeure events.

The company is yet to receive any confirmation from Authority in relation to the acceptance of the claims made and is expecting the same to be finalised during January 2017.

What is the status on the financial closure of your four Hybrid Annuity Road projects?
MEP together with its JV partner Sanjose India, has been awarded 6 HAM projects, 4 in Maharashtra and 2 in Gujarat. The Nagpur Package 1 and 2 projects have successfully achieved financial closure. Additionally, the Company has also achieved final sanctions for the next 3 HAM projects, i.e Arawali-Kante, Kante-Wakad and Talaja-Mahuva, in principle. The formal documentation and execution of the financing documents is expected to be completed by January 2017. The Mahuva-Kagavadar project shall also achieve financial closure by January 31, 2017.

With the Government clearing the Toll-Operate-Transfer (TOT) business model recently, when do you see tenders being opened for these projects and what is the size of the opportunity?
75 tolling projects, approximately 4,500 km in length, have been identified under Toll-Operate-Transfer model for a concession period of 30 years. The Government is expecting to raise funds through this model of approximately Rs 80,000 to Rs 1,00,000 crore. We expect the first lot of tenders to be announced as early as Q4 of this financial year i.e. Q1 of the current calendar year.

Would you be bidding for TOT model at all considering there would be upfront payment required to be made to Government and you also have to invest equity in the Hybrid Projects which you have already won?
Yes, we will be selectively participating in the TOT model. The government has already held multiple interactions with global financial institutions who are looking to participate in this model as bidders by partnering with a renowned tolling operator. We are in discussions with such institutions and will await further news on the proposed model.

Owing to land acquisition issues and few players facing challenges in achieving financial closure, the Government has slowed in awarding Hybrid Annuity projects. Are you looking to bid for more Hybrid projects?
We have been fortunate in the HAM projects we have won and do not foresee any issues with regard to land acquisition or financial closure in these projects. Our current basket of HAM projects give us revenue visibility of Rs 3,836 crore over the next 2-2.5 years. Our target is to first achieve financial closure for the existing projects. We do not see any slowdown in new projects coming up for bidding. There is an indicative pipeline of projects worth Rs 200+ billion to be coming up for bidding by March 2017, in addition to projects worth Rs 267 billion already awarded. We are constantly evaluating new projects being announced by the government.

Give us an overview of the changing trends in the industry. How close are you to getting into cashless mode at the tolls?
While demonetization has been the trigger for accelerated adoption of cashless payment at toll plazas across the country, MEP has from much earlier been using advanced electronic technology at its toll plazas for improved efficiency and transparency. MEP had introduced the RFID technology-based Electronic Toll Collection at Rajiv Gandhi Sea Link as early as August 2012. We have also partnered with online payment systems such as Citrus, Paytm and Jio Wallet for easy recharge of the ETC tags and payment of monthly tolls.

Comment on your business mix. What is the revenue contribution from each? To what extent do you see it changing in the coming years?
MEP so far known as one of the leading players for toll collection and OMT projects in the country has now graduated to become an integrated infrastructure player. The company has focused on increasing its share of revenue from long term projects over the years and currently has a revenue mix of 67% from OMT projects and Long Term tolling projects and 33% from Short Term tolling projects. With the addition of 6 HAM projects, we see the company booking construction revenues as early as Q4 FY17 and over the next 2-3 years we expect 40-50% revenues to be derived from our HAM basket.

What are the opportunities and challenges being in this business?
The perception of toll collection is that it is a simple business. What we have learnt and successfully tackled is that the business is exposed to some specific variables such as seasonal impact on traffic, alternate routes, throughput of vehicles and much more. These variables make our business challenging which has kept a number of large players away from the tolling space. We have an in house survey and monitoring team which constantly monitors and maintains traffic data bank of almost 90% of tolling projects operated across the country. There are other techniques such as our data mining tools which aid us in analysis of traffic and in turn estimates for revenues expected to be generated so as to decide upon bidding for a project. To put in perspective while TOT could yield huge upside to us in revenue realisations against a fixed upfront payment, we would at the onset be exposed to traffic risk. Similarly, while the HAM segment would garner sustained revenues to us for a period of 15 years, we are exposed to construction risk at the onset. We are to undertake EPC work for the first time which we are new to as a company, but are very confident of being able to undertake given our significant investments in the profile and depth of the engineering team we have appointed and the in-house machinery bank we are invested into. Further, our JV partners, ie M/s Sanjose are also experts in the segment.

What would be the triggers for growth?
The Government has already spent Rs 95,000 crore this year on the road sector including the Pradhanmantri Gramsadak Yojana. As far as MEP is concerned, larger amounts awarded in EPC projects, which eventually be converted into Toll projects, which the Company is bidding on. There are Hybrid Annuity projects also, which the Company will be bidding for. The Toll-Operate-Transfer (TOT) concept is also expected in the near future. As per a recent report, the road transport and highways ministry is hoping for a budgetary allocation of Rs 86,000 crore, up 50% from last year. The increase in spending towards the road infrastructure sector is a definite sign of a policy shift at the Centre and bodes well for the company as well. Particularly for MEP the triggers that we expect would boost growth for us are a) Smooth execution and booking of construction revenues followed by Annuity income as envisaged on our HAM projects. b) Our participation and wining of a couple of TOT projects given our expertise of operating in the segment. c) the proposed InvIT for our existing projects which should give us a pop up in cash flows by helping us save on Interest costs and d) Lastly, but most importantly traffic upside supported by a strong outlook for the Indian economy in the near future.

Brief us on your financials. What is the outlook?
The company has achieved a performance turnaround in FY16 with a profit after tax of Rs 26.33 crore as compared to Rs 115.33 crore loss in FY15. The company expects a substantial improvement going forward and has demonstrated this with a half yearly profit of Rs 95.80 crore in FY17. As mentioned earlier, we have bagged 6 HAM projects which give us additional revenue visibility of Rs 3,836 crore over the next 2-2.5 years. On a blended basis, we expect a flattish revenue in FY17 with significant improvement in profitability going forward.

Comment on your employee strength.
As on November 30, 2016, MEP had a workforce strength at 2,772 employees in Tolling and maintenance activities and 868 contract workforce at various toll plazas.

What are your capex plans? How would they be funded?
The company does not have any capex plans. All construction machinery will be funded on an operating lease basis. The company has secured credit lines from Banks and another financial institution for Rs 70 crore for construction equipment.

Give us an idea of your order pipeline.
We have a basket of 16 operational projects comprising 9 Short term, 3 long term, 3 OMT projects and 1 BOT project which would contribute to revenues during the current financial year and on an on-going basis based on their duration. Besides, the company will begin to book construction revenues from the 6 HAM projects we have secured over the past years to the tune of Rs 3,836 crore.

Your message to shareholders?
Firstly, we would like to thank all our IPO and post IPO shareholders who have shown confidence in the company and its management over the last 1.5 years. The company from being a promising toll/OMT player has grown to an infrastructure player with a commanding order book of Rs 38.5 billion. The Board and its management is committed of delivering as envisaged on the HAM portfolio in the current and over next few financial years which will add significantly to the growth of MEP going forward.