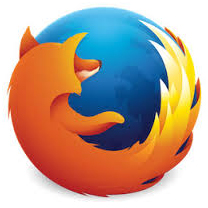 Mozilla Firefox: Time to Open Up

That Mozilla is wedded to the larger cause of internet freedom is an indisputable fact but going by past controversies and recent developments, the open-source campaigner has left much to be desired in clearing the air on the perceived dilution of its community interests in complying with elusive market diktats. Open source is indeed a community need but it can’t condone the need to open up with the community.

The news of Seneca Professor David Humphrey, the first college representative to bag the Synergy Award for Innovation is one of the few media stories that would have made Mozilla proud in recent times, a resounding triumph of its collaboration initiatives with academic institutions. Going by the bulk of the recent reportage, the fourth estate seems all too keen to paint a bleak picture if not immediate doomsday for Mozilla’s flagship product - the Firefox browser. Of course, Mozilla has rubbished such forecasts with their home-grown claims of ‘fierce momentum’ and ‘stability and viability going forward’ but the fact remains that Firefox’s dwindling market share is a rather desolate narrative that lends weight to if not proves the media-spun theory. Although market figures largely vary from one statistician to another, the steady Firefox fall in recent times is clear and evident, and so is the rise of Google Chrome. And now given the end of its default search engine agreement with Google for US, Mozilla finds itself facing a moment of truth. It may not be a day of reckoning as the media believes it is but with Google no longer in the frame, Mozilla surely faces an uphill task from here on. Was it not the unprecedented Google traffic that, in a way, substantially funded Mozilla’s browser innovation forays? Now with Google Chrome as one of its key competitors, the comparatively insignificant Yahoo by its side and given the aggressive plans of Microsoft Internet Explorer and Apple Safari, life won’t be a smooth sail. As it is, Mozilla’s desktop browser is losing its shine and its mobile foray is yet to shine. Notwithstanding the fact that the Yahoo-Firefox tie up has helped Yahoo gain ground in the short run and Mozilla with more money (?), the sustainability of this growth model is in serious question, both in the desktop and mobile space. The near-imminent expiry of the Apple-Google deal will alter the picture even more. If Safari chooses Yahoo over other alternatives like Bing or Siri, the browser-search engine equations become even more knotty, more so for a certain player placed at number four in the browser market place.

Some analysts are already charting a Sun Microsystems fate for Mozilla, claiming that the Firefox downfall has made a dent into the very core of its open source proposition and hence paved the way for imminent extinction, a rather harsh assessment in every respect. Sun’s demise is a different sob story, the direct outcome of its heedless hardware focus that in turn killed its humungous software potential and eventually its market. And for all its faith and investment in the open source movement, it can’t be reckoned as a non-conformist force of Mozilla’s stature. The Mozilla story empowers – in thought and action - several of us across the globe to yet believe in a brave new world of open source possibilities. Its squeezed market notwithstanding, Mozilla’s history is still very much relevant in all its magnificent glory. We still take immense pride in recounting the pre-birth and post-birth Mozilla milestones -  how a government sponsored Mosaic initiative transformed under  Marc Andreessen’s Netscape regime, how Bill Gates opened all doors and windows to let Internet Explorer invade the browser market, how the eventual antitrust suit aborted Microsoft’s predatory march, how the gradual death of the Netscape brand led to the God sent Mozilla Foundation-led open source reincarnation of its priceless code and of course its ensuing evolution from the proverbial Phoenix to the red­-furred Firefox. Yes, Mozilla has indeed kept the Internet more accessible and a better place for users over the years but its near-baffling communication in the aftermath of seemingly contradictory moves and controversial developments have left a lot to be desired.

Among the key Mozilla moves under microscope is the inclusion of the proprietary and restrictive Adobe Digital Rights Management (DRM) in Firefox’s open-source scheme of things. It’s clear that Mozilla has bowed before the market diktat of supporting commercial video streaming fuelled by the stakeholders of the film and television industry. Notwithstanding Mozilla’s open-source conviction to ensure open-source DRM scrutiny for security threats unlike other players, the motivation to enter the DRM fray has not been really convincing to discerning observers, some of them among its own users. So, one’s tempted to ask: Is the growing fear of fast losing ground the real motivation for entering the DRM fray? Asked differently, what’s the real threat: is it Netflix, the perceived pied piper of internet traffic or is the declining market share, with or without Netflix? By its sheer association with a glaringly proprietary product like Adobe’s DRM, Mozilla has, in a way, diluted the conviction of its open source movement. Having done that, it surely owes an open-source elaboration of the compelling factors behind the elusive move. Merely blaming it on the entertainment world or other obliging browser market players won’t do. The towering benchmark that Mozilla has set for itself does not permit such a palpably lame stance of compromise.

Mozilla’s outright dismissal of the alleged connection between flat search revenues and its fundraising efforts has been far from convincing. Mozilla has simply reiterated the obvious distinction between search revenue and donation solicitation, and their deployment for separate purposes. Though the company claims match the public disclosure figures, they conveniently disregard the effect of rising software development and marketing costs on the latest profit figures as also the monetary consequence of the Google-deprived regime. Merely stating that the revenue squeeze was ‘expected’ is synonymous with downplaying it in the mad rush to show everything’s hunky dory. This tactic may suit a conglomerate seeped in a culture of unabashed willful ignorance, certainly not an institution which prides itself for being radically different...a corporation that serves the public good ‘seriously’. Whether donations received by the Foundation or referrals routed through the Corporation, both ultimately depend on Mozilla’s value prop of free-willed, at times freewheeling, community innovation and opportunity creation on the internet. Why give a chance to your adversaries to raise doubts over it?

Whether Mozilla likes it or not, the demons of the unceremonious Brendan Eich exit will pop out from its closet every now and then, as a dreadful case study of crisis communication. Notwithstanding his position on the gay marriage issue as also his exceptional software competence, Eich’s elevation should have raised bigger questions than his exit, a fact Mozilla unsuccessfully kept under wraps despite media reports of how some Mozilla bigwigs had wished for an external choice at the time of the CEO appointment. Worse, the company could not hide its embarrassment, hard as it tried, when a few board members put in their papers for outwardly unknown reasons. Whatever happened to Jay Sullivan is a question buried alive. And the abrupt exit of the Firefox VP in February was puzzling at best and intriguing at worst.

We only hope Mozilla has a good idea of the unconditional faith its common users place in it and the pride they take in its glorious anti-establishment legacy and avant-gardism. These everyday users take your manifesto at face value, no less passionately that your Board of Directors, Management teams or Reps Council. Wish Mozilla’s success in academia-centric collaboration helps weed out the confusion it has created in the minds of its loyal end-users – How much of Mozilla is now a Foundation, and how much of it is a Corporation? And how does it define its end users going forward – as a community, market or both? Given the talent it possesses, Mozilla is likely to develop great products in the time to come. The 64-bit Firefox for Windows and the asm.js-powered foray into the gaming world are only a few of them. But it needs to update its users on its predicaments as well. Unless it takes its users into confidence, all grand manifestos would read like overbearing sermons. Unwarranted audacity is not a trait of the profit making world alone. Even non-profits unknowingly turn impudent when they take their sanctity for granted. Why not communicate more openly with your user base? Why not share your fears and apprehensions with the community, why merely restrict yourself to plans and policies. Why not regularly run opinion polls, consensus drives and public debates on the pros and cons of your future initiatives? Why not launch a transparent fund raising effort if cash crunch is indeed a reality which, if it is, is certainly not criminal or something to be apologetic about. Open source movement is not simple a coding prerogative, it also implies an openness in communication of every kind with the community at large. If vision is shared, mission is shared, values are shared, why not share hard facts as well? The collective churn could come up with better answers if not the best. If not anything else, your stirring activism definitely merits sterling articulation.

Hope Firefox scripts a new wave of resurgence in the near future to make it popular, viable and maverick…all in the same breath. Like how we need to protect fireflies from the havoc of human development, light pollution and toxic chemicals, we need to protect Firefox from the predatory moves of money-minting corporations and their belligerent gang lords ever keen to top the pet media list of the Rich and Famous. But Mozilla should allow its users to help it help itself for the sake of an ‘alive and accessible’ internet which is dear to them in equal measure.