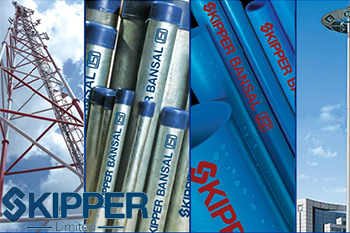 
Skipper’s topline growth of 6% yoy to Rs. 530cr was quite lower than IIFL estimate of Rs. 580 crore due to slower execution in some projects and a fall in commodity prices. Miss in execution led to lower than expected operating profit. Operating profit increased 6.9% yoy against estimate of 17% growth. OPM for the quarter stood at 13.9%, inline with our expectation and higher by 12bps yoy. PAT growth too was lower than expected at 19.2% yoy to Rs. 36cr against IIFL estimate of 38 crore. On a segmental basis, engineering segment revenue was higher by 5.6% yoy and that of infrastructure segment was lower by 47.2% yoy. PVC segment continued to show strong growth in topine at 28.6% yoy on the back of rampup of new capacities. EBIT margins for all the segment was lower on a qoq basis this quarter.

The promoters holding in the company stood at 72.37 % while Institutions and Non-Institutions held 3.35 % and 24.27 % respectively.

The stock is currently trading above its 200 DMA.