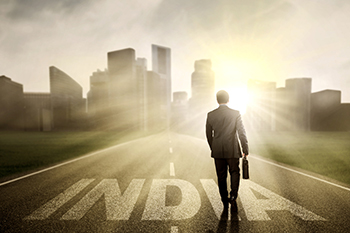 It is only once the NRE/NRO account is opened, you could apply to get an approval from RBI for investing in the Indian Secondary Market at your designated branch of an authorized bank. Upon receiving a permission letter from the bank, you will be given a PIS permission letter. This allows you to invest in the secondary market. After which you can open a trading/demat account with your respective designated branch and make investments.

But, which one to choose is the dilemma you might be facing.

To help you choose the account which suits your requirements the best; let us closely have a look at the two types of NRI bank accounts, their similarities, and differences.

What is an NRO account?
An NRO account is a Non-Resident Ordinary Rupee Account with the repatirability of up to USD 1 million on both principal and interest amount per financial year.

Similarities between NRE and NRO account
Both NRE and NRO can be opened as savings as well as current accounts in Indian Rupees which should be maintained with an average monthly balance based on bank’s requirement.