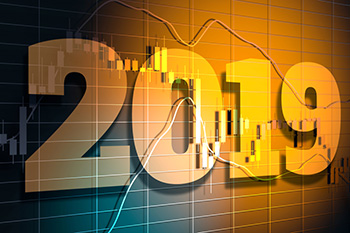 The outcome of the upcoming general elections will have an impact on foreign flows, and this is likely to influence the market movement. The markets have not priced in the risk of a coalition government emerging (higher probability), which could derail Prime Minister Narendra Modi’s economic reforms.

Crude oil prices will continue to remain a major driver for the market. If oil remains subdued, the market may retain its strength. But a strong upward reversal in oil prices from current levels may cap the upside as our country's economic health is measured in terms of inflation, trade data, fiscal and current account deficits (CAD) and gross domestic product (GDP), which are affected negatively if crude moves higher.

According to a report by McKinsey Global Institute, between 2019 and 2022, corporate bonds worth $60bn will mature. In addition, non-financial corporate bonds outstanding stand at $113bn in 2017, amounting to 4% of India’s GDP.

An escalation of the trade war remains a key risk, despite the softening of stance by 90-day extension for increasing tariff from 10% to 25% but major contentions in key issues are unresolved. If the trade war continues to simmer in 2019 then a global trade slowdown is likely to feed into lower GDP growth.

Every recession in the past 50 years has been preceded by the 10-year US Treasury yield falling below the two-year yield. An inverted curve is a powerful indicator because the bond market is signalling that the Fed will soon move to reduce interest rates.

The developments on the Brexit front may cause jitters in the global market, as the United Kingdom (UK) is expected to leave the European Union (EU) on March 29.

Thailand is set to hold elections on February 24 and Argentina in October.

Tensions between the ruling coalition partners — the anti-establishment Five Star Movement and the anti-migration League — could see the alliance collapse before or after next May’s European Parliament elections, plunging Italy into another bout of political chaos.

The consumption tax hike is scheduled for October 2019, which has the potential to elicit some front-loading in the lead-up, followed by a fall-off.