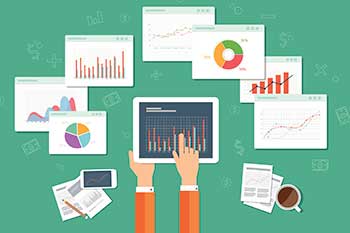 This is that time of the year, when some like me undertake an annual exercise - of predicting what lies ahead. Everybody knows - it is very difficult to predict, especially the future. Given that all predictions have a shelf life of one week, and if you are not so famous to attract media tracking, you can safely predict the future without any downside. With that comfort, even I am making an old and bold move of predicting the future.

If you have been tracking market predictions of the analyst community, typically it will be about 10-15% higher. Rarely do analysts put out a number which is lower and in case they do they are almost considered a non-believer in the Great India story.  Everyone expects Indian real economy to grow at 7%; add inflation of 5% and you get 12%. And to sound even more intelligent, you add one line – markets reflect earnings growth. If economy grows at 12%, earnings will grow at broadly the same rate, plus the efficiency factor of good companies that make up the index.

Very few analysts have given bearish calls. 2017 was one such year when consensus was muted given “demon” and markets proved them wrong. In 2018, people were optimistic on the equity market especially small and mid-cap segment, but market movement turned to be different.

In 2018, small cap lost 24%, mid cap lost 13% and Nifty gained 3%. Typically, all indices tend to move together but you have exceptions like in 2013 when small and mid-caps were negative whereas large caps were in positive territory. In 2015 small and mid-caps were positive whereas large caps were in negative zone.  If you believe in patterns and history, 2013 was a pre-election year; same as 2018.

This makes me confident to boldly predict that in 2019, small and mid-caps will do very well and beat large caps.

Go ahead and continue your SIPs and weather the volatility till May 2019 when results will be out. The good news is everyone believes economy is relatively insulated from government at center – single party/ coalition or whatever the arrangement will be.

A promoter of a manufacturing company recently told me an oft-repeated statement, “We grow in spite of government.” Forget positive strokes, if they stop stroking – Indian business will thrive.