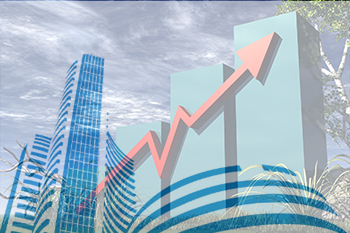 5 factors that pulled the Sensex to all-time highs today

What has driven this rally in Sensex and Nifty today?

The F&O expiry week is normally marked by a lot of volatile moves. But what we saw on November 25th was a clear and decisive rally in the Nifty and Sensex. While the Nifty made a clear leap above the 12,000 mark with volumes and positive A/D ratio, Sensex got tantalizingly close to the 41,000 mark. What has driven this rally?

It is the trade deal euphoria!
For the first time, the US and China have confirmed that they are close to Phase 1 of the trade deal. China may be a bit optimistic talking about Phase 2 and Phase 3 but there have certainly been rapid strides on the trade deal front. With the US elections approaching, Trump would be keen to strike the deal by early next year. That is what looks most likely. Markets are also betting that the trade deal will be accompanied by a massive Chinese stimulus. That explains why metals were so strong on Monday.

It is Reliance and it is telecom!
Telecom has been a major driver of this rally. Bharti twins have rallied sharply after the government offered a moratorium on spectrum usage charges (SUC). Markets are betting that, with GDP growth likely to be tepid, concessions for AGR should come too. But the one player in telecom that has emerged strongest is Reliance and that is giving a big boost to the indices.

SBI is keeping PSU banking hopes alive!
If there is one stock that has defined the revival in PSU banks, it is SBI. With a market cap of Rs3 trillion, it is surely a force in the market. With the imminent sale of SBI cards, the rally in SBI Life and a likely listing of SBI MF, there is a big SOTP story building up in SBI. That is holding aloft the hopes of the entire banking sector. Sentimentally, that has been a key driver of the markets.

Changes to the IBC promise to be far-reaching!
For a long time, the IBC has been designed to protect the interests of lending banks and help them recover a substantial portion of their loans. The government last week took the first step to look at the buyers and bidders in IBC. It is proposed that potential bidders will get full immunity from any criminal proceedings that former promoters are saddled with. This had been a bone of contention after the JSW / Bhushan Power case. This could actually catalyze the IBC process and come as a big boost for banks and potential bidder.

India is finally playing the Thatcher game!
Even as the state of Maharashtra is still in a state of political flux, there is a big thrust to disinvestment and privatization at the central level. The government decision to exit companies like BPCL and SCI could be the start of large scale privatization. That could almost be like what Thatcher accomplished in the late seventies and changed the face of the UK economy. A good part of the market celebration is coming from that.

As a sidelight, the GDP to be announced on November 29th is expected to be around 4.2%.  But with so much euphoria and hope in the market, fundamentals are likely to take a back seat. At least, for now!