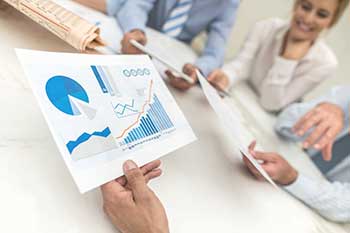 Year 2020 has surprised the global financial markets in more ways than one. Here is hoping that 2021 remains saner and more predictable!

The Year 2020 was crazy in a number of ways. The Pentagon released videos of UFOs over the US and monkeys went on a rampage in the streets of Thailand. Nearly 75 million light years away, a star just disappeared into a black hole even as Poland invaded the Czech Republic and occupied its territory without being aware of it. But for now, we shall leave these aside and focus on the 8 most crazy stories from the financial markets in 2020.
Yes, it was the biggest shutdown in history since the industrial revolution. Even at the peak of World War II, there was no shutdown of this scale. Offices, factories, schools, air traffic, airports, railways stations; all came to a grinding halt. Governments continued to function and essential services were provided. The scale of the lockdown was truly unprecedented.
To be precise, global market cap crossed touched a peak of $102 trillion in 2020. Will that be the new normal; we will only know in 2021. But the combination of a spurt in market cap and a fall in GDP meant that the MCAP/GDP ratio touched a global peak of 118%. That is quite a crazy achievement in a year when large swathes of the economy remained locked.
These may be unheard terms because they don’t exist in the English dictionary. These were the two most popular terms coined in global equity markets. FOMO (fear of missing out) was rampant and nobody wanted to miss the rally. Hopium (high on hope) was a market led almost entirely by hope. Hope is great; but how good is it when GDP growth is still negative? We will get answers to this bizarre phenomenon only in the next year.
OK, there was a reason for negative oil prices and it only applied to WTI crude (West Texas Intermediate). This crude contract is marked for compulsory delivery. The problem arose towards the end of April when most of the oil storage was almost full as strategic oil reserves were being built by governments and by speculators. On 20 April, traders were so desperate to get out of long WTI crude contracts that price went to $-32/bbl. Of course, oil recovered but it sure feels bizarre to imagine that you get paid to buy oil.
As if negative oil was not enough, we had the strange phenomenon of nearly a fifth of the global bonds paying negative interest. That means you pay the banks / issuer to keep your money. With abundant liquidity, most investors were forced to seek safety for some part of their holdings. Bonds issued by Japan, Switzerland and Scandinavian nations have carried negative yields for a long time. But this is the first time that a fifth of the global bonds gave negative returns.
When the year started, Elon Musk was worth $27 billion and by the end of 2020; Musk is worth $167 billion and is the second richest man on earth after Jeff Bezos. During the year, even Bezos only managed to add $72 billion to his wealth. Elon Musk derives most of his wealth from his stakes in Tesla and SpaceX. As of the end of 2020, Musk is twice as wealthy as Warren Buffett. Come to think of it; Buffett was already 70 when SpaceX and Tesla were founded and Elon Musk was not even born when Berkshire Hathaway was formed. In a crazy year, you really cannot be too surprised.
Ok, a company dominating an industry is nothing new. But we are yet to see something as bizarre as Tesla. At its peak in 2020, Tesla accounted for 90% of the market cap of the entire auto industry in the world. This is weird considering that Tesla accounts for just 1.3% of global car production. Certainly, the turn-of-the-century giants like Toyota, Volkswagen, Ford and BMW must be wondering what they did wrong.
In a way, this bizarre money infusion by central banks and governments was the reason for most of these crazy events of 2020. In the 5 months post the COVID eruption, the total infusion was $8.5 trillion as monetary stimulus and $11.5 trillion as fiscal stimulus across the world. That is a good $20 trillion of money sloshing around. To put things in perspective, the US alone infused $3.5 trillion in 5 months. It had infused a similar amount over a 5-year period during the global financial crisis of 2008.

Year 2020 has surprised the global financial markets in more ways than one. Here is hoping that 2021 remains saner and more predictable!