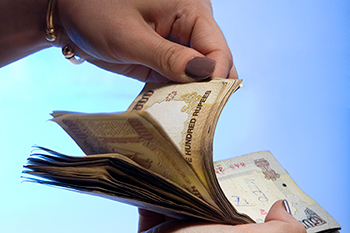 Budget 2017 would do well to cut the personal and corporate income tax rate to 25%, further moderate the proposed goods and services tax rates, more than double spending on the rural employment programme and roll out a scheme to support job creation in the labour intensive sectors.

Two months before the union general budget for 2015-16 was to be presented, the business news television channel that I work for unveiled its theme for the government’s annual balance sheet presentation. The tagline was “Budget 2015-Make or Break” and the programming campaign ran for the entire two months before the first full budget of the Narendra Modi government on February 28 that year.

The expectation at that time was of a budget devoted to consolidating the stupendous political mandate received by the Prime Minister ten months earlier.

In hindsight, it was perhaps too early and a tad ambitious for us to have expected a radical upending of the economic order created and left behind by the Congress led United Progressive Alliance government of Sonia Gandhi and Manmohan Singh.

Politics apart, most participants in the Indian economy expected the Modi administration to carry out a radical reorientation of the economic priorities that the central government sets itself – an agenda that receives mandatory Parliamentary approval through the annual Finance Bill.

Much of what was expected did not come through in that Budget – and perhaps rightly so. After all, what right did the assorted coalition of economists, market analysts, reform oriented academics and the business press have to try and set the agenda for the massively popular elected leader of the world’s largest democracy?

The audacity of expectations was short lived.

For an economy that had powered itself into the trillion dollar club a few years earlier, general budgets no longer set the house on fire. For the stock markets the budget is but an event in the annual calendar. For government departments it is the quarter to spend whatever is left and pitch for enhanced allocations. For the ruling political dispensation – it is always a tricky balancing act – with the separate Railways budget even more so.

Much of this is set to change.

For starters, the annual financial statement of the Railways is being clubbed into the general balance sheet of the union government from here onwards. This expanded budget document is being presented to Parliament a month earlier than what was the practice – on Wednesday, the first day of February, 2017.

The most significant change though has already happened and it has cast a very long, dark shadow over the Indian economy. The Budget of 2017-18 is the very first ‘after demonetisation’.

Perhaps no other economic deed in the recent past comes even close to the magnitude and potential impact of Modi’s singular decision to suck out 86 per cent of all currency in circulation.

In one massive fell swoop, the Prime Minister has aimed for a cluster of objectives – many political, some economic and a few sublime, if not completely ridiculous. The aims are complex and the impact even harder to decipher.

So, as we analyse and grapple with the aftermath of this event, it is very clear that demonetisation has acted as a massive anti-stimulus, one that is raging like a tsunami through the fabric of India’s economy – devastating entire sectors, small and medium enterprises, the contractual labour economy, and urban as well as rural consumption. The evidence, largely anecdotal at present, but piling up by the day, suggests that the road to recovery will be long and painful.

It is here that Budget 2017-18 has the potential to be crafted and presented as an organised, planned, coherent and documented set of macro-economic policy decisions to reverse the recent anti-stimulus that if left unaddressed, would deepen the rot and exacerbate unemployment all across the country.

It is time to consider ideas to reverse the negative consequences of notebandi and get growth back on track. Prime Minister Modi and those that he chooses to consult would already be aware that an early winter set in on India’s consumption story and that the freeze would take long to thaw.

A massive coordinated, planned and well executed push to the Indian economy is vital - for the sake of jobs and to instil a sense of confidence in all economic participants after the ongoing chaos.

Budget 2017 would do well to cut the personal and corporate income tax rate to 25%, further moderate the proposed goods and services tax rates, more than double spending on the rural employment programme, provide additional support to our farmers and roll out a scheme to support job creation in the labour intensive sectors.

An anodyne budget, in the After Demonetisation (A.D.) economic order, would be an absolute disaster.