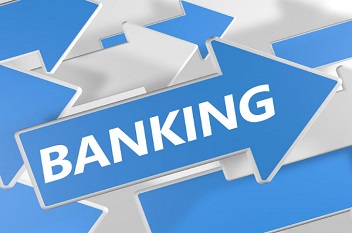 Banking sector developments to look forward to in 2020

Banks may have had a volatile 2019 but they continue to be the principal value creators and also the biggest components of the indices with a share of more than 30%. However, year 2020 could be a significant year for the banks with a lot of interesting developments. Here are 8 key changes that are likely in banks.


The consolidation of PSU banks was announced last year and the government is right in moving towards 4-5 large all-India PSU banks. From that standpoint, Vijaya Bank and Dena Bank were merged into Bank of Baroda. Similarly, the other anchor banks are PNB, Canara Bank, Union Bank and Indian Bank. The idea in 2020 is to actually complete the process of mergers, rationalize operations and costs and integrate the treasuries to create economies of scale.


Transmission of rate cuts to be back ended


Despite the RBI cutting repo rates by 135 basis points in 2019, the impact on lending rates was less than 40 bps. However, that is changing. Since the banks shifted loans to external benchmarking in Oct-19, transmission has picked up. Secondly, the government in its Feb credit policy focused on liquidity infusion to the tune of Rs100,000cr each fortnight. That will assist quicker transmission of rate cuts and we could see the entire 135 bps being transmitted during this year even if RBI does not tinker with repo rates.


The NCLT is likely to complete the recovery for Bhushan Power, Essar and Alok this year and that would be a big boost for the lenders. SBI alone has an exposure of Rs16,000cr to these 3 groups. But there is also a new age worry on the anvil. In last couple of years, new age NPAs in the form of Jet Airways, Dewan Housing, IL&FS and McLeod Russell have come up where recovery from assets could be minuscule. Another major concern could be telecom sector NPAs as AGR charges could push the likes of Vodafone Idea closer to insolvency risk.


Change of guard at private banks


The previous year saw change of guard at some of the leading private banks like ICICI Bank, Axis Bank and Yes Bank. This year, two of the long standing and iconic CEOs viz. Aditya Puri of HDFC Bank and Romesh Sobti of IndusInd Bank are scheduled to retire. With RBI unlikely to grant an extension, we could see new faces at the helm. While HDFC Bank has a major exposure to the telecom sector, IndusInd has been in the news for all the wrong reasons due to its sudden dalliance with stressed accounts.


Banks need to expand their customer base economically and efficiently. The Aadhar based banking gave a good opportunity for such seamless expansion but that has been stalled now. Year 2020 is expected to see customer service-driven banking. For a long time banks have thought like the takers and givers of money. Now, banks are thinking like Airbnb and Uber, as a  platform to bring together lenders and borrowers. That process could be triggered in 2020.


Most banks are already involved in Fintech in some form or the other but year 2020 could see a serious focus on Fintechs as enablers of Indian banks. Of course, Fintech refers to the confluence of finance and technology. In the last one year, many Fintechs have started collaborating with the banks instead of trying to compete with the banks. This positions Fintech as enablers to last-mile customer connectivity and plays the role that NBFCs and MFIs are playing; albeit with heavy reliance on technology.


Better use of data and analytics


Most banks sit on a goldmine of data but do not use it effectively. There are a lot of actionable insights hidden in the data and that is where modern techniques like artificial intelligence and machine learning can be handy. Basic things like mining customer information and creating a suite of products for the customer by leveraging their cross selling platform is a case in effective use of data and analytics. This includes use of robotics and sophisticated UIs for customer interaction as well as getting deep insights from branch level data.


Focus on frauds and cyber security


PSU banks are reported to have lost nearly Rs117,000cr to frauds in the last one year and that is just huge. Banks like Cosmos Bank came in for cyber attacks and lost up to Rs90cr in the process. Year 2020 could be all about cyber security, customer data protection and prevention of frauds by pre-emption rather than remedying.