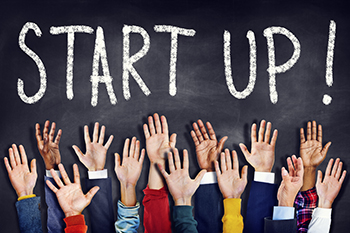 Can Modi 2.0 give a boost to start-ups in India?

While initial steps were taken, India is still far from creating the right ecosystem for start-ups unlike the United States, Singapore, or even Israel.

When the Modi government first took charge in 2014, one of the key commitments made by the government was to spur growth through entrepreneurship. After all, India is a country where small and medium enterprises create a bulk of the jobs. The idea was to elevate India’s start-up story by taking special incentives to the next level. The accent was on new businesses in the emerging areas of technology, Fintech, biotech, etc. While initial steps were taken, India is still far from creating the right ecosystem for start-ups unlike the United States, Singapore, or even Israel.

Start-ups came into the limelight earlier this year when the highly debatable levy of angel tax became a bone of contention between the Income Tax Department on one side and the angel investors and start-ups on the other side. While that is still to be entirely resolved, the government has promised a start. However, the expectations from the full Budget 2019 will be huge.

Here is a quick rundown on what the start-ups and the angel investors will be expecting from the Union Budget.

What start-ups expect from Union Budget 2019?
The expectations will broadly be on three fronts: (1) creating the right ecosystem for start-ups, (2) designing a catalytic tax structure, and (3) ensuring the availability of adequate funding for start-ups.

(1) Creating the ecosystem is the first big challenge for Modi 2.0. There is no dearth of entrepreneurs or entrepreneurship in India. You can sense the urge to become an entrepreneur in every college campus today. Let us get back to the NDA manifesto. The government has promised to facilitate nearly 50,000 start-ups by the year 2024, which is when the current tenure of the NDA government will come to an end. Further, the manifesto has also promised 500 accelerators to incubate start-ups and 100 such dedicated zones (on the likes of EOUs and STPs). With the right ecosystem, good air connectivity, and superior telecom connectivity, India has the building blocks to attract entrepreneurs.

(2) Most start-ups remonstrate that funding and compliance are a major challenge for them. A Fintech start-up in Bengaluru will prefer to invest its time in fine tuning its product and expanding its market base rather than spending too much time on procedures, approvals, and compliance. Today, setting up a company and going through all the GST, income tax and PF compliances can be quite cumbersome. Most start-ups do not have the bandwidth to handle such massive administrative tasks. The government can either look to have an online centralized compliance mechanism or exempt start-ups up to a threshold turnover. The latter will be simpler and productive in the long run. Funding is another issue as most start-ups would prefer local funding at attractive rates for their working capital. The budget could announce a collateral-free loan facility for entrepreneurs with a partial government guarantee. Start-ups admit that it is still hard to get funding from banks, so the budget will have to address at a grass root level.

(3) Finally, the angel tax is being levied at a steep rate in cases where the stake is sold above the fair value, which is bringing a lot of arbitrariness into the ecosystem. Angel tax is covered under Section 56 (2) of the IT Act, and the government had set a threshold of Rs25cr as the investment limit for exemption. The start-ups and the angel investors are asking for an enhancement of this limit, but that may not be the real issue. The challenge is to convert this to a non-arbitrary regulation to prevent tax hounding.

Of course, the government has also proposed an Rs25,000cr fund to encourage start-ups but as we have seen in the past, funds can only go that far. If the budget can take strides on the ecosystem and the tax structure for start-ups, it would a giant leap forward!