x
Home » Top News » Corona is a bigger opportunity than a threat for India! 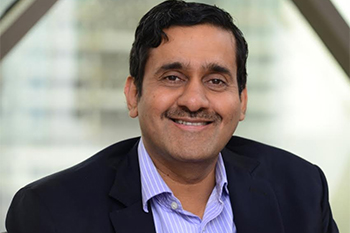 Corona is a bigger opportunity than a threat for India!

What we have is the biggest ever lockdown in the history of mankind! There is an opportunity to do things we could not do before.

‘You never let a serious crisis go to waste. And what I mean by that it's an opportunity to do things you think you could not do before.’ American politician Rahm Emanuel put it aptly. India has been proactive and leadership has been courageous to go to extremes. What we have is the biggest ever lockdown in the history of mankind! There is an opportunity to do things we could not do before.

The panic & virus threat
For a 1.3bn people country, the virus positive and death cases seemed too low to warrant a drastic action. The developed world finds this too good to be true. But people living in India can resonate with the truth as we have not heard of any hospitals getting overwhelmed or people dying unattended of fever or shortness of breath. India’s democratic social media won’t spare any such cases. Now with the lockdown, we reduce the risk to even lower level, ensuring high probability of normal life after three weeks. One idle month in the life of an individual or a nation, cannot be devastating unless not handled well.

Is recession looming large?
Coincidentally, the crisis has come at a time when India’s economy was struggling in the midst of one of the worst slow-downs with GDP growth at sub 5% p.a. In such times, a lockdown in a country where 700 million people live at subsistence level (with very little savings to fend for their families for a month without income), will exacerbate the pains of slowing economy. Public and private companies in formal sector (defined as licensed organizations following labor laws) will ensure salary payments and continuity of employment but what about the informal sector? As per Government’s Niti Ayog estimates, about 85% of India’s workforce is employed in the informal sector. They could be worst affected. Going by the way this workforce showed resilience during demonetization, it will stand up to the crisis. Still, loss of income is much worse than cashless or lower tax paid income. If there is no coordinated fiscal and monetary action, the recession is a certainty. But it is almost given that government will act with a significant stimulus to recover from the aftermath of the crisis.

Why is then Corona the biggest opportunity?
Under normal times, government’s hands are tied by fiscal prudence and danger of inflation. Now is the time, government is unshackled. Even if fiscal deficit goes up to around 5% in such times, neither economists nor critics would mind it. As we deal with recession and deflation, there is no threat of specter of inflation either. Some leeway from fiscal deficit and US$50bn windfall from lower oil prices, can allow government to put together a stimulus plan of US$100-120bn, unprecedented but justified for the worst-ever crisis. This would still pale in comparison to US$2 trillion planned by US Senate and White House but will work for India. There are lessons to learn from USA on how to convert a crisis into a windfall. The global financial crisis of 2008 had its roots in over-leveraged US economy. Yet, USA with bold measures turned it into the biggest opportunity driving income and wealth of Americans to a new high through uninterrupted 11 year bull run in US stock markets! They are doing it again. India can do it too. In fact, with favorable demographics and oil prices, India has a lot better chance of rejuvenating the momentum in the economy.

Stimulus to unleash the desi enterprise…
The government and RBI will have to act quickly before things aggravate economically. It needs to work on tax cuts to revive demand, infuse liquidity, lower interest rates, forbearance to bank and non-bank lenders, allocate resources for direct benefit transfer to the bottom of pyramid, credit or credit guarantee to MSMEs and public investment in infrastructure etc. The opportunity will not be fully realized if government does not unshackle domestic enterprise and harness their contribution to investment and employment generation as well.

Our bureaucracy and government tend to be socialistic in their approach. Over the years, they have understood the power of foreign capital and developed a benign policy framework for foreign investors. I think they have not fully understood or appreciated the power of domestic savings and investment potential. Over the years, domestic savings’ flow into capital market has already overtaken the same by foreign investors. Historically, it has been always politically right to tax the rich and dole out goodies to the poor. Whenever there is a crisis, the wealthy, rich or domestic corporates can be well expected to make sacrifice. The problem is that sacrifice is not sustainable but trust is. Sabka saath Sabka vikaas Sabka viswas will work only if sabka includes all rich and poor, small and big.

The capitalist economies of USA and Singapore have flourished by trusting their own businessmen. They also have scams and fraudsters but such news is not as hyped up there as it is in India. A domestic entrepreneur, if running a business in corporate structure, will typically pay 25% tax as a company and again 43% on profit after tax that is distributed to owners. The foreign entrepreneur does not have to pay much lesser. There is large scale exodus of entrepreneurs, setting up shop in tax-friendly geographies. Does it make a difference to a country of 1.3 billion people? It does because for an entrepreneur, it is like finding a pearl from the population of oyster shells. They risk their capital, family wellbeing for the lure of big success. They make investments and create jobs. We cannot afford to lose the desi entrepreneurs. They have proved their mettle globally. Our government needs to foster an environment of trust ensuring their winnings will not be taxed or questioned unreasonably as their failures are not subsidized either.

To sum up
We can reasonably hope that Corona virus damage to human lives will be relatively less and tolerable. Incidentally, in India, on an average 377 people are killed in road accidents every day, so lockdown should save 8000 lives in accidents. At the same time, India has an unprecedented opportunity for a very strong economic acceleration for the next decade. It’s convergence of opportunity for the government to put together a large ambitious revival stimulus package, combined with benefits of low oil prices and getting a share of global MNCs’ sourcing, as they plan to reduce their over dependence on China. Now is the time for India to dodge the virus bullet, offer a silver bullet to the economy and bite the bullet on big reforms.

This article was published in The Economic Times on March 27, 2020