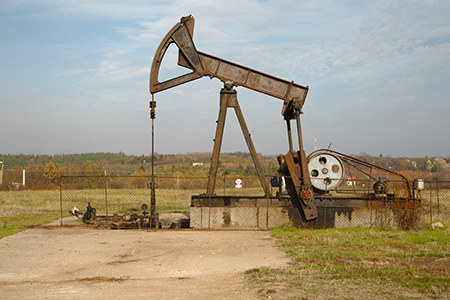 The resurgence is attributed to production freeze by OPEC at January levels, wherein major producers concurred on the decision, while Iran was provided a special exemption to expand the output, considering that the Islamic Republic has just got the monkey of its back (free from economic sanctions).

Perception
Oil prices have witnessed handsome recovery, with WTI rebounding from the lows of US$26.5/bbl during February and now trading above US$40/bbl. The resurgence is attributed to production freeze by OPEC at January levels, wherein major producers concurred on the decision, while Iran was provided a special exemption to expand the output, considering that the Islamic Republic has just got the monkey of its back (free from economic sanctions). Markets are deriving courage from the fact that major oil producers are willing to stem the fall in oil prices. There is a perception that OPEC will move away from the laissez fare policy and will be no more a passive onlooker, if selling resurfaces in oil markets.

Reality
A freeze on the OPEC output does not translate in to anything, as it fails to mitigate the prevalent global surplus. The reality remains that oil markets were oversupplied and will remain in a surplus for quite some time to come. For instance, global oil markets were in a surplus of 2.2mbpd during 2015 and 3.1mbpd during the first 2 months of 2016. In the first three months of 2016, OPEC has produced around 33mbpd, which is substantially higher than the cartel’s production quota of 31.5mbpd.

Perplexing signals
The focus is now shifting towards April 17th talks in Doha, wherein 17 oil producers are expected to participate. Market participants are looking forward to the possibility of another announcement of production freeze. However, Saudi Arabia officials have stated that they will freeze production only if Iran and other major producers do so. In such case, April 17th meeting of various oil producers can prove futile as Iran has clearly expressed that they will not freeze output levels unless they attain production of 4mbpd, a substantial upside from the March level of 3.2mbpd. If the meeting yields no concrete agreement on freezing output, we can witness another rout in oil prices. Nevertheless, Kuwait has tried to soothe concerns by ascertaining that the freeze proposal will materialize during April 17th meeting even without the participation of Iran. This is in contrast with Saudi’s stance.

Russian oil output inversely correlated to Ruble
On the non-OPEC front, although Russia is considering a number of options to co-operate with OPEC as far as price stability is concerned, its crude production is reported to have hit record highs during March. Russian output levels have constantly remained above 11mbpd during past nine months. Steep depreciation in the Ruble seem to have helped the oil producers, as weaker domestic unit ensures higher realization for the exports in spite of falling prices in international markets. As a matter of fact, Russia has no other option but to produce more oil in order to generate revenues in order to finance country’s fiscal budget which is predominantly dependent on the oil industry.

US high inventory levels counterbalancing decline in output
US production during March has moderated to an average of 9.05mbpd, when compared with the peak of 9.7mbpd during last year. Rig counts (as measured by Baker Hughes) have fallen off a cliff, from 1550 in 2014 to the current level of 350. Looking forward, projections call for further decline in US output levels due to sharp cutbacks in investment spending. However, high inventory levels in US remain at gigantic levels (more than 80 year high), which in a way is compensating for the decline in output.

Outlook
We infer that Saudis will soften their stance as they cannot afford to witness another rout in oil markets, given the deterioration in their fiscal health and slowing global demand scenario. Consequently, Riyadh will move away from the obsession of gaining market share and concur on the production freeze even without the participation of Iran. However, we do not rule out the probability of weakness re-emerging in event of a failed outcome of April 17th meeting. Having said that, oil prices can lose ground but we do not buy the opinion that it will re-visit 2016 lows. For a sustainable and a substantial recovery in oil prices, markets need concrete supply side response, including curtailment in output. In this respect, we sense that OPEC will eventually taper its production during the second half of this year, as the cartel will have to concede to the fragile global economic backdrop. On price front, we expect WTI crude to trade within US$32–45/bbl range over the course of April and May and then gradually shift its range towards US$50-60/bbl post June.

Prices of fuel on October 4