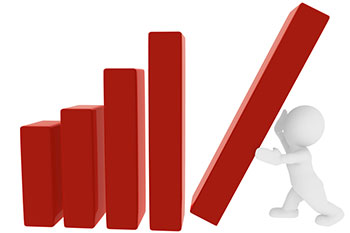 Despite India having one of the broadest equity markets on the planet (in terms of number of listed names) and one of the most liquid local currency government bond market (as liquid as US Treasuries in my view), the country has frustratingly lagged behind in development of alternative Investment products up until recently.  It was a classic chicken and an egg problem where onerous (and to a great extent unclear) regulations that completely excluded foreign investments (barring non-resident Indians), led to lack of tangible demand for India focused alternative investment products, whichin turn didn’t incentivize the regulators to make any improvements in the framework.

All that changed to a great degree in 2015 when while presenting the Union budget for financial year 2016, the finance minister announced that foreign investments would be allowed in alternative investment funds (AIFs).

AIF is an investment vehicle established to pool in funds for investing in real estate, private equity and hedge funds. It is in the form of a trust or a company or a limited liability partnership (“LLP”) or a body corporate.

Up until this announcement, in India pooling of capital was allowed only for (a) Indian investors and (b) a select approval route was used by overseas investors and non-resident Indians (NRIs).

Key points to note about AIF are:
AIF Regulations make it mandatory to obtain certificate of registration from SEBI and are segregated into three categories based on the type of funds and the impact the same shall have on the economy.  The ones having a positive impact are expected to get concessions from the government although the exact nature of the same isn’t completely clear at the moment.

Category-I: Venture funds, social venture funds and infrastructure funds (expected to get incentives from the government)

Category-III: Trading with a view to making short-term returns and includes Hedge Funds among others
As per an article in a leading Indian business magazine, Investments made by AIFs have crossed the INR 24,800-crore mark at the end of the second quarter of 2016-17, a jump of 20 per cent from the preceding three months.

Year-on-year, AIF investments have more than doubled from INR 11,254.71 crores at the end of September last year.

Cashing on the positive sentiment created among foreign investors due to (a) NarendraModi’s historic election win in 2014 and (b) AIF framework, many well homegrown banks, NBFCs (Non-Banking Financial Corporations) and fund houses have launched new India-focused funds, both domestic and offshore, in partnership with multi-billion dollar pension funds from around the globe. Even marquee investors like Blackstone, GIC, KKR and others are pouring billions of dollars into Indian real estate through various vehicles to take advantage of the rising demand for offices and retail spaces, and corresponding jump in rents.

As of 30 June 2016, market regulator SEBI has allowed as many as 235 entities to set AIFs. The Reserve Bank of India (RBI) on 20 October 2016 notified the amended norms for foreign investment in startups as another step in this direction.

In conclusion, the authorities are steadily but cautiously easing the investment path in alternatives in India and billions of dollars are expected to flow in the country for the same.New AIF regulations have permitted great flexibility in structuring various kind of fund structures targeted at specific segments of the investor community. Empirically, manyinstitutional investors have expressed interest in the alternatives space in India and this is expected to go up by leaps and bounds in the coming years.

The author, Tanuj Khosla is Executive Member of CAIA Singapore