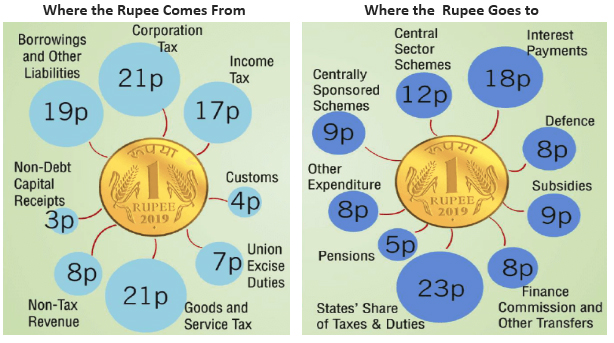 Full Budget 2019: What should you expect?

This article talks about the expectations from Full Budget 2019 and also at the potential impact of the full budget on the Sensex, Nifty, and the economy, in general

The full Union Budget for 2019-20 will be presented by Nirmala Sitharaman on July 5th. The full budget is likely to be an extension of the interim budget presented on February 1st. The introduction to Interim Budget 2019 itself had spoken about its overarching focus on growth and consumption. Personal income tax rates were proposed to be cut, and real estate and infrastructure were given a big boost. Let us now look at the expectations from Full Budget 2019. Also, let us look at the potential impact of the full budget on the Sensex, in particular, and the economy, in general.

The Union Budget comes at a time when domestic and global challenges are high. Global oil prices fluctuated between $60/bbl and $75/bbl, and the trade deficit has already crossed $15 billion in May. IIP did show some greenshoots at 3.4% in April, however, GDP growth for the March quarter had fallen to a low of 5.8%. The global trade war is slowing exports, which have fallen to merely 3.93% in the month of May. In the midst of all these headwinds, Indian debt funds are facing the biggest debt crisis in recent memory.


Broadly, this budget is likely to be different in that there are some unique requirements it is expected to address:

Finally, the 6.1% unemployment number is not lost on the government. Nirmala Sitharaman has herself affirmed in pre-budget discussions that the budget will have very strong jobs focus. This could include a boost to industry, exports, MSMEs, and agricultural sector.


Impact of full budget on Nifty 50

How will the budget impact the Nifty? A pre-budget Nifty rally looks challenging as the psychological level of 12,000 needs to be breached decisively. Global headwinds are considerably strong currently. Yet, a reformist tilt to the budget with a dose of consumption boost could be the panacea that the markets are looking for.