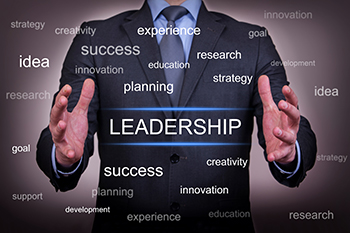 Goodbye Dhoni! Thanks for your great management lessons

Leaders and managers in business must learn 5 important business lessons from Dhoni’s career.

On August 15, 2020, one of Indian cricket’s most phenomenal journeys came to an end. Mahendra Singh Dhoni (or MSD) was not just a successful captain and a finisher par excellence. He underlined his ability to lead India to wins in all formats of the game. His successful journey began with the T-20 World Cup win in 2007 and his finest hour came in India’s World Cup win in 2011. In between, he built the Chennai Super Kings franchise into one of the most formidable combinations. But as much as Dhoni is a phenomenon, he has also been a kind of conundrum.

What Dhoni was not!

For a captain as successful and formidable as Dhoni, his batting averages were far from flattering. He did not have the voracious appetite for runs that Sachin, Dravid or Kohli had. That is evident in his test and one-day averages. He was not technically perfect and you would never put him in the copy book league of Sunny Gavaskar and Dravid. He did not have the complete array of strokes like a Tendulkar or Azharuddin. His batting was far from elegant; in fact more often his batting could look ugly. He never brought to the game the wristy elegance of players like Lakshman or Mark Waugh.

He was an extremely successful captain, if you go by his records. However, he was never the captain in the league of Kapil or Imran who could inspire the team to do the impossible. He was not even in the same league as Clive Lloyd or Alan Border who single-handedly build world beating sides. He was not even a captain with deep understanding of the human mind like Mike Brearly.

All about the Dhoni magic

But Dhoni had one unique ability in him. He could instil hope and optimism in the hearts of 1.3 billion Indians that as long as Dhoni was there, victory was a possibility. That is what made Dhoni unique. For a boy from the underdeveloped state of Jharkhand, Dhoni proved that origins hardly matter. Above all, Dhoni remains an inspiration to millions and has managed to elevate the aspirations of scores of small town boys. Leaders and managers in business must learn 5 important business lessons from Dhoni’s career.
This was best exemplified in the World Cup final in 2011. Sri Lanka had set a daunting target and had put pressure on the Indian team in the early overs. Dhoni promoted himself in the batting order. He first snatched the initiative and then the game from the Lankans. The important lesson here is that leaders cannot be ambivalent. When the going gets tough, the leader has to take the initiative and lead his team by example.
When Dhoni took over from Ganguly, it was hardly a smooth transition. Senior players protested in subtle and in not-so-subtle ways. After giving them some rope, Dhoni had to move in and take a call on removing these people from the team. It was tough to convince the board, but Dhoni took the responsibility. This happens so often in business, when the past comes into conflict with the future. The onus is, then, on the leader to take the bull by the horns.
Leaders work in information vacuum so it is impossible to be fully sure. When Pakistan had almost snatched the match from India in the 2007 T-20 World Cup, Dhoni took a gamble and brought in unfancied Joginder Singh to bowl the last over. While it was a gamble, it confused the Pakistani game plan and forced them to commit errors. Of course, Joginder Singh delivered and the rest is history. The moral of the story is that at times managers and leaders need to go with their gut, take a risk and be prepared for the consequences.
Be it tests, one-day internationals or T-20 matches; Dhoni was the one big hope. He remained a source of hope irrespective of whether he played for the Indian national team or for CSK. That is the hallmark of a good leader. People look up to you when you inspire hope and optimism in them. You inspire hope when you prove your ability to sense the opportunity and risks before others do.
This is the biggest hallmark of a solid leader. A good leader is one whose absence is not felt. To the credit of Dhoni, he has groomed a team of self-believing Indians. The fact that the current Indian team manages without the presence of Dhoni, is as much a tribute to Dhoni as it is to Kohli. This is an important lesson for business leaders. Don’t make yourself indispensable. You will be measured on how dispensable you make yourself.