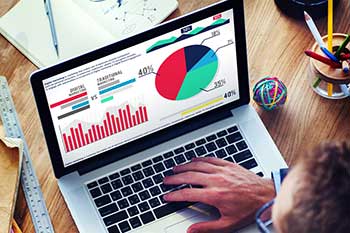 How has India Inc performed in Q4?

There has been a sharp growth in the net profits in the fourth quarter and it is up more than 2.5 times on a yoy basis, although it is sharply down by 36% on a qoq basis.

When you look at the macro economy, the fourth quarter has shown the maximum pressure. GDP growth, as per latest MOSPI data, fell to a multi-year low of 5.8%. Even in the quarters subsequent to demonetization, the GDP growth did not fall so low. The official unemployment rate is at a 45-year high of 6.1%. However, a more realistic picture of industry performance would be the quarterly results of corporates. GDP includes government spending on public services, which has been liberal in the last few years and has compensated for the weak industrial and agricultural data.

How was the overall picture of Indian corporates in Q4?

As of May 31, 2019, nearly 90% of the 4,200 listed companies have declared their results for the March 2019 quarter. In Q4, the total sales revenues were up by 9.4% on a yoy basis but were almost flat at 1.2% on a qoq basis (compared to December 2018 quarter). Interest cost is an interesting data point. On a yoy basis, the interest cost is up by 14% and that is largely reflective of the higher cost of funds of 100-125 basis points that borrowers have had to pay in the aftermath of the IL&FS crisis. However, there has been a sharp growth in the net profits in the fourth quarter and it is up more than 2.5 times on a yoy basis, although it is sharply down by 36% on a qoq basis.

While the fourth quarter has seen some benefits in the form of lower input costs of fuel and commodities, the pressure is more evident from January 2019 onwards. As a result, on a yoy basis, the net profit margin (NPM) is sharply up from 1.7% to 4.3% but on a qoq basis, the NPM is down from 6.7%. In a nutshell, if one were to look at the year as a whole, the real positive performance boost came in the first threee quarters, with the fourth quarter actually disappointing. That is what is, perhaps, captured in the GDP numbers too.

The fourth quarter results can be broken up into 5 influencing sectors.

In terms of sales contribution, this sector was the key. The 7.7% growth in sales mattered a lot because oil & gas accounts for 25% of the overall sales. Net profits for the oil & gas sector were down (-2.4%) but it was the sales influence where it saved the blushes for the overall corporate performance.

Put together, these companies are just about a 1/5th the size of oil and gas companies. But this sector has shown surprising traction. A pick up in cement prices, big government thrust to infrastructure, low cost housing programs and a cyclical pick up in construction activity helped these companies post over 10% growth in sales and healthy growth in profits.

The top-line may have been flat and gross profit growth negative but this sector still managed to report 18% growth in net profits. That is explained by exports and partially by cost cutting and plant shutdowns to sync demand and supply. But the domestic challenges for the auto sector are far from over.

A greater thrust on digital meant that the IT sector could still grow its sales by 14% in challenging conditions. But costs are rising, as most IT insiders acknowledge. Net profits grew by just about 2.4% as visa curbs and mandatory onshore employment meant higher costs. Manpower costs will continue to be a challenge for Indian IT.

Banking with a weightage of 38% in the Nifty ought to feature here. Banking sector overall reported a loss due to the huge write-offs by PSU banks. The good news is that these losses appear to have bottomed out with net NPAs of most banks coming down drastically. Banking revenues have grown at 15%.

While the revenues have shown pressure, profits have managed to improve on the back of smart cost management.