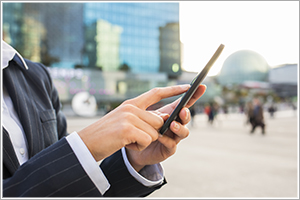 One of the earliest full-fledged committees on corporate governance in India was chaired by Kumara Mangalam Birla in 1996. He had just taken charge at the helm of the AV Birla group, after the sudden demise of Aditya Birla in late 1995. In an interview, Mr. Birla made an incisive comment. He underlined that true corporate governance in India would only come about when shareholders get vocal and demand it.

Nearly 25 years later, the Indian stakeholder seems to be finally coming of age. For long, the institutional shareholders like mutual funds and FPIs remained passive investors. Their role in board meetings was either peripheral or passive. FPIs left it to the proxy advisors on how to vote on various board resolutions. However, things have change. There are 3 important changes visible and there are enough cases to substantiate these three major trends.

Stakeholders insist on getting good value for their stock

India still does not have shareholders like Carl Icahn who would call up Tim Cook and demand a higher distribution of cash. Eventually, Apple was forced to increase dividends and do a buyback to distribute more of the cash pile with shareholders. Recently, there have been number of cases in India where stakeholders refused to accept a paltry price.
Institutional shareholders demand more vocal independent directors

Here again some interesting cases come up in the recent past. Three cases really stand out as cases in heightened shareholder activism.
Management clout proportionate to ownership

This was the third kind of shareholders activism, and this was prominent among sizable institutional shareholders. Two recent cases stand out.
The issue is not about the outcome of this activism. A sharp rise in shareholder activism is likely to keep independent directors on their toes. It will also force managements to think through pricing of buybacks, open offers and rights in a more rational manner. Above all, it is likely to force the board to adopt a more consultative approach to decision making by taking key stakeholders into confidence for key decisions. In a way, this will be a boost for the corporate governance process.