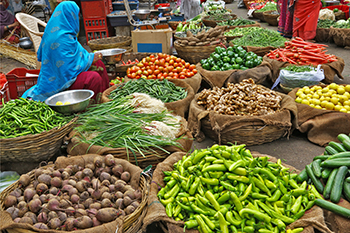 Inflation at 7.35% is surely serious and could have larger implications for macroeconomic policy. Here are five things that could get impacted due to the sharp spike in inflation.

The CPI inflation was always going to be higher in December 2019 with the food inflation continuing to be unrelentingly high. But, what came out was much higher than expectations. Against the street expectation of 6.7% inflation for December, the actual inflation turned in at 7.35%; a full 181 bps higher than the 5.54% CPI inflation reported in the month of November. This raises some serious concerns over RBI rate action as well as effective growth rates in GDP.

How CPI Inflation panned out in 2019?

The inflation trend for the year 2019 says it all. In fact, the spike in inflation has been especially sharp post September with sharp escalations led by higher food inflation. In fact, 7.35% inflation is the highest rate of inflation seen since the middle of 2014. It may be recollected that at that point of time Brent Crude was quoting at above $100/bbl. Today, Brent quotes at around $65/bbl, but we shall come back to this point later. Let us first look at what exactly triggered this higher inflation in December.

The key trigger has clearly been food inflation once again. Since September when the unseasonal rains resulted in extensive crop damage, it is food inflation that has been driving CPI inflation higher. Within the food basket, vegetable inflation at 60.5% continues to remain at unsustainable levels and despite aggressive imports of onions there has been little improvement in vegetable inflation. But, December shows one more disconcerting trend. Other items of food inflation are also catching up fast. For example, meat and fish at 9.57% inflation and eggs at 8.79% is clearly higher than past averages. Pulses used to be the big worry last year and in December the pulse inflation is again back at an unsustainably higher level of 15.44%. Clearly, that is where the problem lies and a lot of the problems are structural. They are not just about the crop damage but also about the weak warehousing and logistics infrastructure, which is making a transient problem structural in nature.

Fuel inflation and core inflation (excluding food and fuel) are under control. For example, core inflation at 3.8% is well below the average of the last one year but today the real narrative is about unbridled food inflation, which has led to the CPI touching a 6-year high.

Larger macro implications of the inflation spike
Inflation at 7.35% is surely serious and could have larger implications for macroeconomic policy. Here are five things that could get impacted due to the sharp spike in inflation.

In a nutshell, the spike in CPI inflation to 7.35% is much bigger than anticipated. It surely opens up a spate of macroeconomic challenges for macro and micro policy.