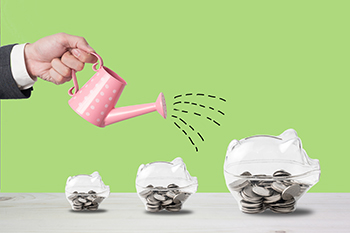 Have you ever imagined that this series could provide some outstanding lessons for investors? Let us think aloud!

Indian cricket lovers will surely remember 19 January 2021 for a long time to come. From an absolutely hopeless situation, the Indian cricket team bounced back to win the test series. That was only part of the story. The real story was that they won two tests and almost won the third test purely on the performance of new comers. It is, perhaps, for the first time that young players have played such a significant role in beating one of the strongest teams in the world in their own backyard.

The series is sealed and India is the deserved winner. The celebrations will go on for a long time; and rightfully so. But have you ever imagined that this series could provide some outstanding lessons for investors? Let us think aloud!

If you want winners, bet on future stars

At the start of the test series, nobody in their wildest dreams would have imagined that the big stars would be the likes of Rishabh Pant, Shubman Gill, Washington Sundar, Siraj and Thakur. These were the most unlikely names but they emerged the real heroes of the series.

Have you not seen that happen to your investments. Large caps, big stocks, established names; they all can get you to a point. But you would have been a real smart cad if you had bought Adani Green last year. To cut a long story short, if you want to find winners, think about the stories for the next 10 years. It is more likely to be alternate energy, cloud, ecommerce and analytics and less likely to be cement, coal or crude oil.

This is an extension of the first point. It is one thing to put your faith and another put your faith long enough. Imagine if Pant and Gill had been dropped after one or two failures. They would never have attained their full potential and the India portfolio would have suffered.

Same is the case with your investments. Adani Green was a great idea and it moved in just one year. But great ideas like Infosys did not happen overnight. It took 15 years for Infosys to hit the market and then another 5 years to give phenomenal returns. Quite often, you lose out big performers because you just don’t persist long enough.
Stable players and leaders do have a role to play
If you look back at performance of the Indian team in the test series, it was the story of a lot of  young players coming and working wonders. But let us not forget that Rahane provided the leadership and Pujara played the role of the sheet anchor giving confidence to the team.

That is so true of your portfolio. You cannot really have an investment portfolio consisting solely of future stars. You need a good mix. You need industry leaders and you need to established names giving stability to your portfolio. These stable names and leadership names allow you the leeway to take risk on the younger and futuristic ideas.

Never judge a stock on its worst day

This is a very important lesson for investors. Just a few months back when HDFC Bank was almost quoting at 12 X P/E ratios, most investors thought that the glory days were over. The news of Puri retiring only added to concerns. But by Jan-21, the stock is back at new highs. It is bad strategy to judge any stock or company on its worst day.

If you look back at the end of the first test, nobody would have envisaged the final result. At least an India victory was almost ruled out at that point of time. That is because most people were guilty of judging India on their worst day when they were knocked out for 36 runs. It was like writing off Infosys after the correction post the dotcom crash in 2000.

Like in cricket, so in markets, pundits are often wrong

In fact, pundits are wrong in most fields. You would recollect one of the greatest names in cricket, Ricky Ponting, hinting that Australia would sweep the series 4-0. He was proved atrociously wrong. Remember the story of the bumblebee. Scientifically, the bumblebee cannot fly as they don’t conform to basic aerodynamic theory. But they still fly, probably because they don’t understand aerodynamics.

The moral of the story is that when you craft your investment strategy, go by conviction and well thought out ideas. Don’t worry about what experts say about the levels of the Sensex. In the next year. It is very unlikely that they are saying with any degree of conviction.

If you want to be a good investor, believe in yourself

This is perhaps the most important lesson that we take away from the incredible series win that India just recorded in Australia. If there was one reason India won, it is because they believed they could win. At a time when nobody gave them an outside chance, Rahane put together a rag-tag side and by sheer belief converted them into world beaters.

When it comes to your portfolio, if you want to be a good investor just believe in yourself. If you start with self-doubt and scepticism, or worse with cynicism; you are unlikely to ever be successful as an investor. The trick is to believe in yourself! That is perhaps what the Indian cricket team taught investors on the nineteenth of January.