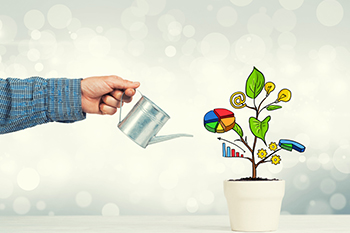 The key themes for Samvat 2076 will extend beyond equities and will also encompass other asset classes too. Here are the themes.

Samvat 2076 has begun on a positive note with the Sensex settling above 40,000 and the Nifty just a stone’s throw away from the 12,000 mark. The tax cuts seem to be finally playing out on stock market valuations. However, the key themes for Samvat 2076 will extend beyond equities and will also encompass other asset classes too. Here are the themes.

Yes, consumption will continue to be the big equity theme
Consumption has quite a few positives going in its favour. The tax cuts are likely to benefit the consumption stocks the most as a large number of them are in the high effective tax bracket. In fact, broad consumption including FMCG, private banks, financials and auto is expected to corner a major chunk of the $20 billion tax largesse that the government has given to corporate India. Also, weak oil prices are broadly positive for consumption and at 5.5% GDP growth, the top line may still take a hit but profitability should be sustained. In a difficult year, this should be the sectoral theme to focus on.

PSU theme could be the dark horse for the coming year
If you are worried that PSU banks and other CPSEs have been laggards for too long, then Samvat 2076 could be the year of the turnaround. Take the case of PSU banks. The rally in the early days of Samvat 2076 is not entirely unfounded. Most banks have seen the worst of the NPA cycle and the improvement is visible in September quarter numbers. The merger of key PSU banks combined with recapitalization will be the energy booster. Non-banking PSUs also have reasons to cheer. The government has indicated that it will be aggressive and innovative in privatizing PSUs. Most PSUs engaged in mining and oil sectors are operating below their efficiency capacity. A lot of value could be unlocked by privatization and the hints are already there in the case of BPCL. Above all, the government is embarking on monetizing the latent assets of PSUs, which could make this segment a dark horse.

There is a unique theme emerging in gold
Gold may not be the kind of outperformer that it was in Samvat 2075. This year should see resolution to most of the global puzzles like BREXIT, US-China trade war, Middle East stand-off, etc. That would surely take the lustre of gold away in terms of price performance. But globally, central banks are again embarking on a monetary loosening to boost growth. That would mean that gold as a currency alternative will still be in demand. So even though gold may not repeat the stellar performance of Samvat 2075, it would be able to hold value through the year. Another interesting development is the likely launch of gold monetization scheme. If these schemes offer you an interest assurance like the gold bonds as well as a price discount and liquidity, it is worthwhile converting some of your physical gold into gold monetization bonds. Food for thought, though!

Focus on short to mid duration debt funds
Long duration debt funds were a great story in Samvat 2075. That was hardly surprising because during this period the bond yields on the 10-year benchmark fell from 8.2% to 6.4%, paving the way for long duration outperformance. While the rates could still trend lower, repo rates are already close to 17-year lows and aggressive cuts may be hard to come by. That is why we are suggesting mid duration funds which will not be too vulnerable in case of any rate reversal shocks. Of course, you should ideally stick to the non-corporate bonds for now to avoid the credit risk overhang.

As a parting comment, there are also specific themes to avoid. Most of the mid-sized financials and realty companies will still be extremely vulnerable. These are best avoided in the coming Samvat 2076. Commodities will also continue to be under pressure on demand concerns, notwithstanding China stimulus measures. This would include sectors like coal, upstream oil and metals and mining companies. Finally, Samvat 2076 will call for extreme selectiveness in mid caps as only the segmental leaders with solid corporate governance standards will be able to make the best of the coming year.