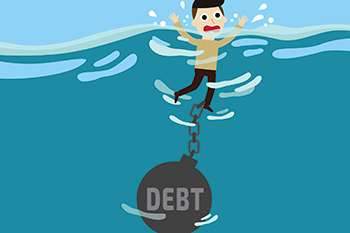 Rising NPAs was always a problem but the problem of outright defaults came to the fore only from mid-2018 onwards. The default cycle was triggered by IL&FS when it started to default on its commercial paper because most of its short term borrowings were locked in long term infrastructure assets. Over the last one year we have seen repeated defaults from companies like Dewan Housing, Jet Airways, and Cox & Kings among others. How can India Inc handle these tough times. Here is a 7 point program.

While there is no royal route to solving a debt issue, here are seven ideas that can help a company to sail through the debt crisis.
Debt is part of any corporate balance sheet. It is how you manage this debt in a crisis that actually separates the wheat from the chaff.