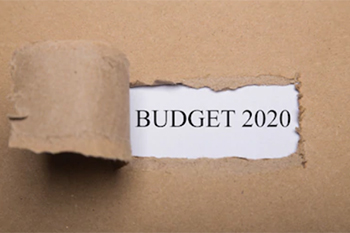 The combination of weak GDP growth, negative manufacturing growth and higher inflation has led to industry representatives demanding another “Big Bang Budget”. Here are 5 themes that the pre-budget wish list focuses on.

The Finance Minister, Nirmala Sitharaman, has already commenced the pre-budget meetings with the industry leaders and industry associations. While pre-budget wish lists have always been ambitious, this time around there are a lot of hopes resting on the Budget. The combination of weak GDP growth, negative manufacturing growth and higher inflation has led to industry representatives demanding another “Big Bang Budget”. Here are 5 themes that the pre-budget wish list focuses on.

Income tax breaks for individual tax payers
ASSOCHAM has focused on the income tax exemptions for individuals. In the 2019 interim budget of Feb-19, the finance minister had made income up to Rs5 lakhs fully exempt by way of rebate. The ASSOCHAM had called upon the finance minister to convert this rebate into an exemption and raise the basic exemption limit for income tax payers to Rs5 lakhs. It has also called upon the FM to restrict the effective rate of tax paid by the highest bracket to around 18% to reduce the burden of tax.

The idea is to give a boost to consumption and give the small tax payers some relief in the midst of rising inflation and falling growth. The individuals in the entry level tax bracket have a higher propensity to consume and ASSOCHAM believes that this could have a multiplier impact on consumption.

Aggressive reduction in interest rates
FICCI has called upon the Finance Minister to target aggressive reduction in interest rates by another 100-150 basis points. FICCI has called for a mix of monetary and fiscal measures. The idea is to bring down the cost of funds for industry and encourage capital investments. FICCI has argued that with banks moving towards external benchmarking of loans, future rate cuts should be transmitted seamlessly to the borrowers.

There could be two challenges here. Firstly, with inflation at above 5.5% in November, there may not be much headroom for interest rate cuts unless inflation tapers rapidly. Secondly, RBI needs to maintain interest rates at a competitive level to ensure that FPIs find the real returns on Indian debt attractive.

Cut in corporate tax rates to 15%
CII has pointed to the anomaly in the new tax cuts announced by the finance minister on September 20, 2019. Existing companies will be able to forfeit all current exemptions and rebates and shift to a concessional 22% tax regime. More than half of the Indian companies have already shifted to this formula. In addition, the FM had also announced a 15% concessional rate for new manufacturing units. CII has called upon the FM not to differentiate between existing and new units and extend the 15% concessional rate of tax to all corporates.

Considering the revenue constraints, this does not look feasible. The government has already taken a hit of Rs145,000cr on account of the 22% tax formula.
Rescue package for the SME sector
The traders’ body, CAIT, has called for a major rescue package for the SME sector. This sector has been under a lot of stress after demonetization and the subsequent introduction of GST in mid-2017. The first demand is to free the SMEs from the clutch of multiple laws and multiple authorities. SMEs have long been the fulcrum of Indian exports and the stress in SMEs has impacted export growth. The CAIT has called for easier availability of financing, single-window clearance & compliance for SMEs and ensuring refunds and export GST credit payments on time.

The SME sector has been a driver of growth and jobs and this sector has seen the maximum stress in the last 3 years. SME needs to be the pivotal focus of Union Budget 2020.

Boost for the NBFC and realty sector
The real estate representative body, CREDAI, has called for a multi-pronged approach to addressing the problems  of realty sector. It has recommended that registration under RERA be allowed once the primary approval of building plans has been obtained by the promoter. This will be a major incentive for builders. Secondly, the CREDAI has also called for a major rescue package for NBFCs in the form of liquidity funding and partial guarantee financing by banks. The mid-sized realty companies have been heavily relying on NBFCs after banks reduced their realty exposure. In a way, the fortunes of NBFCs and realty are closely linked to each other.

This is imperative considering the job creation potential and the growth multiplier effect that NBFCs and Realty can have on the economy. More than specific exemptions, the real challenge for the FM will be to actually revive the animal spirits of capitalism. That has to be the underlying theme of Budget 2020.