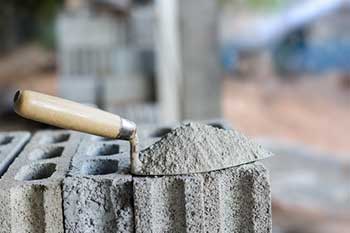 Reasons leading to hike in cement prices in April 2019

The strong demand coming from infrastructure and economical housing segments has allowed the rise in prices.

Cement prices have gone up sharply in India in the last few months. The reasons touted vary from a spurt in demand from infrastructure projects to a greater thrust on low cost housing projects to allegations of cartelization by cement producers. Of course, the real reason could be a mix of all these factors and it would be hard to pin point how much each factor is accountable. The big question is whether the pricing power is back with the cement producers because that is what justifies valuations. But first, the cement price hike!

Cement price hikes have been more pronounced in the South

The big metros of South are where the cement price hike is really visible. For example, in the last few months to March 2019, the price of cement soared by Rs77 per bag in Hyderabad, Rs62 per bag in Chennai and Rs52 per bag in Bengaluru. This price rise has been driven by a variety of factors. The cost of fuel and power have gone up, freight rates have moved up, pet coke prices are higher and other input costs have also gone up. However, robust demand has ensured that cement companies have been able to pass on the cost and more to the buyers. The strong demand coming from infrastructure and economical housing segments has allowed the rise in prices. However, it needs to be noted that this pattern of rising prices is more acute in the South and lesser in other regions.

In fact, prices across Bengal, Odisha and Bihar actually fell during this period. If you look at the all-India average, the rise in cement prices was about Rs18-20/bag in the Feb-March period but the impact was a decline by Rs5 in the Eastern region. That is because the excess capacity build up has put pressure on the cement prices. In the Eastern region while the demand is picking up, it is not expected to keep pace with the rise in supply capacity.

Can higher prices of cement be sustained?

There are some key factors to be considered here. Firstly, there is the question of excess capacity that is being built up. While capacity build up is a normal progression for the cement industry, any trade war could lead to weaker growth and an impact on cement demand. Secondly, there is the issue of input prices. In the last few months, the price of pet coke, fuel and freight were higher and had to be passed on. The cement manufacturers had legitimate reasons for hiking prices. Since the beginning of April 2019, the prices of these inputs have either flattened or have been on their way down. That does not give these cement companies an appropriate justification for hiking cement prices.

There is an important aspect of capacity utilization in the cement industry. Over the last few months the cement capacity utilization has been around 77-78%. Normally, cement companies require utilizing capacity at 82-83% to actually get pricing power. While government spending on infrastructure has helped boost demand, it remains to be seen how capacity utilization pans out in the light of increased capacities coming on stream. Lastly, this is not the first time that allegations of cartelization have been levelled against cement producers. Even in the past, the CCI had imposed penalties for such practices. Sustaining higher prices will certainly be a challenge for cement companies!